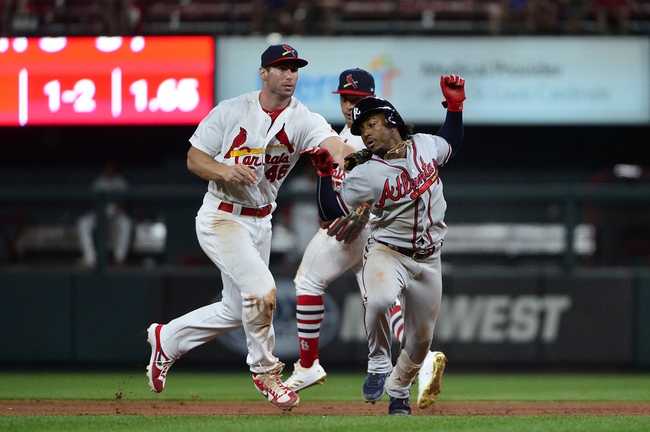 The St. Louis Cardinals and the Atlanta Braves will meet in Game 1 of a divisional playoff matchup Thursday.

Despite going just .500 ahead of the All-Star break, the Cardinals surged in the second half to ultimately finish 91-71 overall and take the top spot in the National League Central Division.

Over on the Braves’ side, they had a tough fight in the National League East as well. When the dust settled Atlanta finished 97-65 (and 50-31 at SunTrust Park), four games ahead of the Nationals for the division championship.

Mikolas has four quality starts in his last six tries, and has gone 2-1 in that time. Though he’s not a strikeout machine, he’s usually good for at least five innings and shouldn’t tax the bullpen.

As for Keuchel, he had a nice run of quality starts going in early September, but in his last three games he’s got just one, giving up a total of 11 earned and on 0-3 record in that time.

This should be an evenly-matched and fun series but I’m hopping on the Cardinals train here since the number looks pretty inviting.