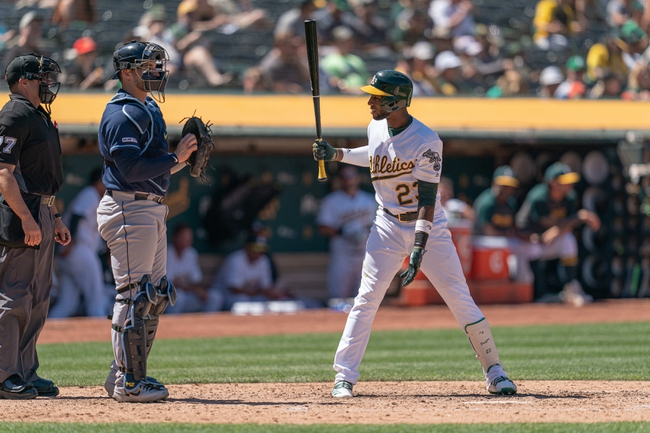 TV: ESPN Stream the MLB Game of the Day all season on ESPN+. Sign up now!

The Tampa Bay Rays enter this playoff game after winning seven of their last 10 games. This is the Rays first playoff appearance since 2013 when they lost in the ALDS in four games to the Boston Red Sox. The Tampa Bay Rays are mainly here due to a pitching staff that has the second-best ERA (3.67) in baseball, the third-best WHIP (1.17) and third-most strikeouts (1,621). Offensively, Tommy Pham leads the Rays with 155 hits and 68 RBI while Austin Meadows and Avisail Garcia have combined for 292 hits and 161 RBI. Charlie Morton gets the ball, and he was 16-6 with a 3.05 ERA and 240 strikeouts this season. Morton is 2-2 with a 4.60 ERA and 31 strikeouts in his postseason career.

The Oakland Athletics enter the playoffs as one of the hotter teams in baseball with wins in 22 of their last 32 games. The Athletics are in the postseason for a second straight year, but they hope to advance to their first playoff series since 2013. The A’s have been on the wrong side of the wild card game their last two appearances. The Oakland Athletics rely heavily on an offene that’s eighth in runs scored (5.22) and fifth in home runs(257). The A’s have won 22 of their last 28 games when scoring four or more runs. Marcus Semien leads the Athletics with 187 hits and 92 RBI while Matt Chapman and Matt Olson have combined for 274 hits and 182 RBI. Sean Manaea gets the ball, and he was 4-0 with a 1.21 ERA and 30 strikeouts this season. This will be Manaea's first career postseason game.

Morton has allowed 21 hits and nine runs in his last 29.2 innings, and he has a 3.59 ERA and .238 allowed batting average on the road. Manaea has allowed 16 hits and four runs in 29.2 innings this season, which includes 30 strikeouts and seven walks. The Oakland Athletics are the better and hotter team and are a club I think could give the Astros all they could handle. The problem is we're getting plus money with the Rays and Morton, a pitcher they've won 12 of their last 16 games with. While the A's probably should win, I always find it tough to turn down plus money with an ace quality pitcher.