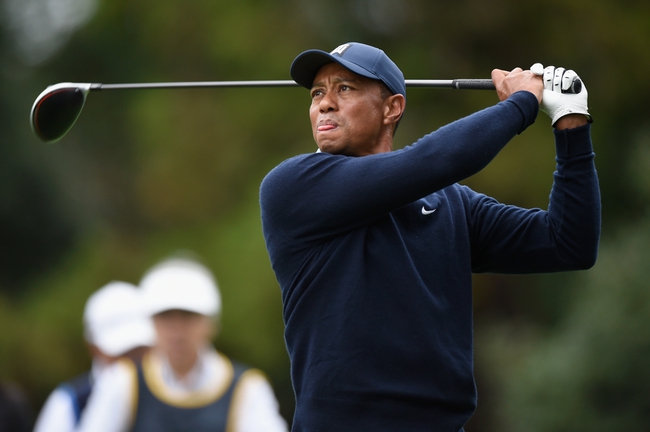 As we start getting ready for the 2020 PGA schedule to begin, we take a quick trip to The Bahamas for a Hero World Challenge exhibition. While most of the country is getting plowed with snow and freezing weather, this event will be in the 70s with mild wind. With only 18 golfers participating, your chance of landing a winner are a lot greater than usual.

Here are five golfers to consider throwing on your card.

Tiger Woods, +900 - Tiger Woods hosts this event with it benefiting the Tiger Woods Foundation, and he’s a local resident of The Bahamas, so he’s no stranger to these conditions. Tiger hasn’t been a factor in this tournament since finishing runner-up in 2013, but he is a five-time winner overall and is coming off a victory at the ZOZO Championship. This is a nice price for Tiger considering his confidence has to be on point after his most recent showing.

Kevin Kisner, +4000 - Kevin Kisner has had a rough stretch lately and hasn’t had a top-25 finish since the Tour Championship, and that explains these odds. However, let’s not act like Kisner has completely fallen off as it wasn’t that long ago when you couldn’t keep him out of the top-25 and his -14 at the BMW Championship was other impressive. Kisner also has motivation to stick it to Tiger for keeping him out of the Presidents Cup. Cant beat this shot in the dark.

Jon Rahm, +400 - Jon Rahm took over a month off and then followed up that rest with a victory at the DP World Tour Championship. Rahm has won each of his last two events and has top-five finishes in five of his last six events where he’s made the cut. Oh, Rahm also won this tournament last year with a -20, the best performance here since Bubba Watson in 2015. There’s less meat on the bone with these odds, but Rahm is the favorite for good reason.

Rickie Fowler, +1400 - Rickie Fowler hasn’t played since the Tour Championship, so there is potential rust given the several month layoff. However, we’ve seen players in the past benefit greatly from some time off and he’s returning to a course where he’s finished in the top-five all four times and even won here in 2017 with a -18. Fowler should also be out to silence the critics who question why he was selected for the Presidents Cup. I’ll take a shot with these odds.

Chez Reavie, +6000 - Chez Reavie hasn’t had a top-25 finish since his eighth place finish at the Tour Championship, but he has been consistently golfing with three events in November alone. While many of the participants this year enjoyed vacation, Reavie could benefit from the busy schedule and surprise some folks. Also, there’s only 17 other golfers he has to beat, so it only takes one hot round or two to get the job done. There’s value to taking the worst odds available in a small field.

The pick in this article is the opinion of the writer, not a PickDawgz site consensus.
Previous Pick
Hero World Challenge: PGA Golf Preview, Odds, Pick, Predictions, Dark Horses - 12/4/19