It is Wednesday night in college basketball and we are ready for some big games on the board. Here’s a look at the picks I am talking about on the Bank Shot Breakdown show for Wednesday, January 25th, 2023!

Georgia had a hot start to SEC play but has cooled off recently. The Bulldogs are coming off back-to-back losses both straight up and against the spread. Things will not get any easier as Georgia takes on the #1 adjusted defensive efficiency team in the nation, Tennessee, in Knoxville. Georgia has had issues taking care of the basketball and that bodes well for the Vols’ defense, which is currently 9th in the country in turnover percentage defensively.

Dayton entered the season ranked 24th in KenPom but injuries and underperformances have hurt the Flyers in 2022-23. Rhode Island is in year one under Archie Miller and the Rams have had their fair share of struggles. Rhode Island is ranked 349th in the nation in effective field goal percentage and has lost three straight games in the A10.

In one of the marquee matchups of the night, two of the best in a very competitive Big East conference meet at Gampel Pavilion. UCONN snapped its three-game skid in a big way as the Huskies routed Butler 86-56 last time out. Xavier has yet to play a top-60 KenPom team in a true road game this season, and the Musketeers’ defense will be put to the test. This is a revenge spot for UCONN, which lost to Xavier back on New Year’s Eve.

In this contest, we see a clash between two different styles of play in the Mountain West Conference. Utah State likes to speed things up offensively and is #1 in the country in three-point shooting, while San Diego State is ranked 341st in average possession length on defense and is one of the better defensive teams in all of mid-major college basketball. Utah State has struggled on the road in conference play, as its two losses in the MW have been double-digit road losses in which the Aggies conceded 80+ points in each.

UT Rio Grande Valley played Abilene Christian back on January 11th and the final score resulted in 189 total points! We were on the over on the Breakdown back then, and I am expecting another high-scoring game between these two WAC squads as well. Stephen F. Austin is known for forcing turnovers and UT RGV has had problems taking care of the ball. While SFA’s aggressive defense may lead to plenty of fast break opportunities on one end, that aggressiveness does lead to a lot of early fouls, which plays into UT Rio Grande Valley’s offensive strategy of getting to the free throw line often. 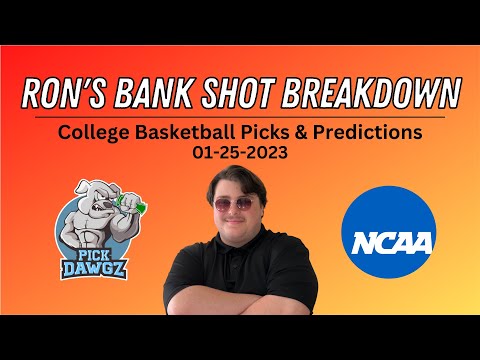