It is Tuesday in college basketball and we have a solid slate of games on tap. Here’s a look at the plays I am talking about on the Bank Shot Breakdown show for Tuesday, January 24th, 2023!

TCU is 9-2 straight up at home this season while Oklahoma has struggled on the road. Oklahoma’s offense has been rather inconsistent in Big 12 play as it does look like the Sooners are relying too much on low-percentage looks from the floor. Add to the fact that Oklahoma has had issues taking care of the basketball, and this makes for a tough spot for a Sooners team that is desperate for a statement conference win.

Eastern Michigan’s defense is ranked near the bottom in D1 hoops in adjusted defensive efficiency and things do not seem to be getting better for a banged-up Eagles team that has also lost four straight in the MAC. Toledo is a team that can score 90+ without breaking a sweat in this conference, which leads to one of the steepest opening totals I can remember seeing in a college basketball game at 168.5!

Florida State has a winning conference record at 5-4 to start ACC play, but the Seminoles have taken on one of the easiest schedules in the conference thus far. Miami proved it can play with some of the ACC’s most physical teams when it rewarded Hurricanes bettors covering the spread as a road underdog at Duke. This game will be a big test for Florida State, as a win on its home court signifies to me that the Noles have turned things around and could be a team to watch out for in the conference. It will not be easy against a Miami team that I think has the statistical advantage in most facets of the game.

LSU is reeling as the Tigers have lost six straight in the SEC and their last five losses were all by double-digits. Arkansas is playing with revenge here after LSU beat the Razorbacks at the start of conference play, 60-57 in LSU. Arkansas is out of the AP Polls but did snap its losing streak with a 12-point win over Ole Miss. This is another virtual must-win for the Razorbacks, who cannot afford to be four games below .500 in SEC play before February.

Neither DePaul nor Georgetown are known for their defensive abilities in 2022-23. Georgetown is conceding just under 80 points per game on the year and 83.88 points per game in Big East action. DePaul is allowing just under 75 points per game this season and owns one of the worst perimeter defenses in the conference. In game two of this season series; however, a lower-scoring game may not be out of the question, as the first meeting resulted in 156 total points but both teams shot 50% from the perimeter. Neither club is even above 36% as a team from the perimeter this season, so I am not sure we can expect another extraordinary shooting performance from two of the Big East’s bottom three teams in the standings. 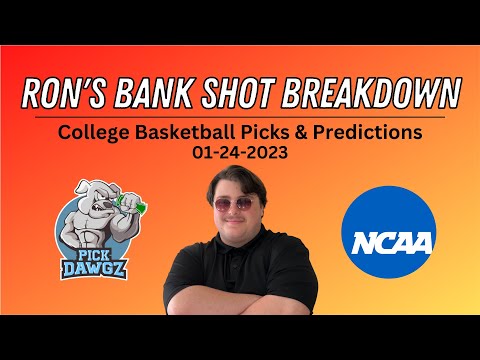