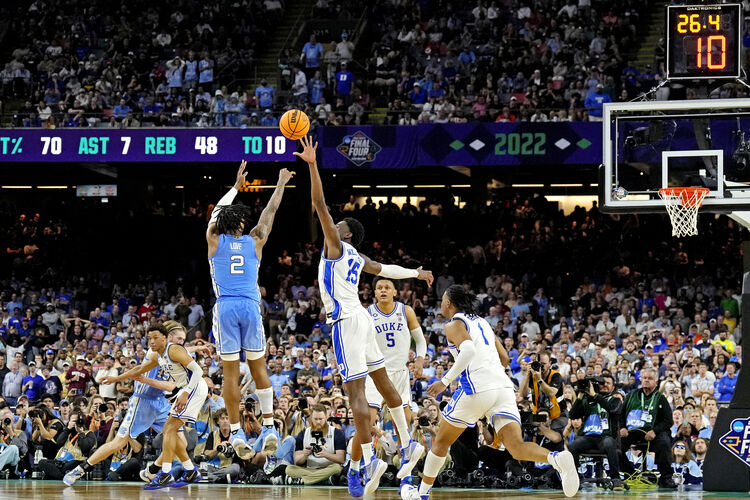 The Kansas Jayhawks and North Carolina Tar Heels face off on Monday in the National Championship game at the Mercedes-Benz Superdome. The last three times these two teams played in the NCAA Tournament it was the Jayhawks that came away with the victory.

North Carolina comes into this game with a 29-9 record and they have gone 21-16-1 against the spread. Earlier in the season there were a lot of questions about this Tar Heels team, but they have been impressive during the NCAA tournament. So far in the NCAA Tournament, North Carolina has knocked off Marquette, Baylor, UCLA, Saint Peter’s, and Duke. In that last game against Duke, they made the winning plays and were able to knock off their bitter rival by four points.

Armando Bacot is dealing with a sprained ankle and although he was able to come back against Duke, there has to be some concern about how that injury will affect him in this game.

On the other side of this matchup is the Kansas Jayhawks who sit with a 33-6 record and they have gone 20-18-1 against the spread. So far in the tournament Kansas has knocked off Texas Southern, Creighton, Providence, Miami, and Villanova. At halftime against the Wildcats, Kansas was up 40-29 and they never looked back as they cruised to the victory. Ochai Agbaji was on fire from deep and finished the game with 25 points.

Kansas has looked dominant the last three halves, and it’s going to be the case again in this game. I expect another big game from Agbaji and the Tar Heels just aren’t going to have any answer for them. The Tar Heels are going to lose by seven or eight points, and the Jayhawks will cover the spread.

Get Premium Picks Start Winning Now »
The pick in this article is the opinion of the writer, not a PickDawgz site consensus.
Previous Pick
North Carolina at Duke - 4/2/22 College Basketball Picks and Prediction