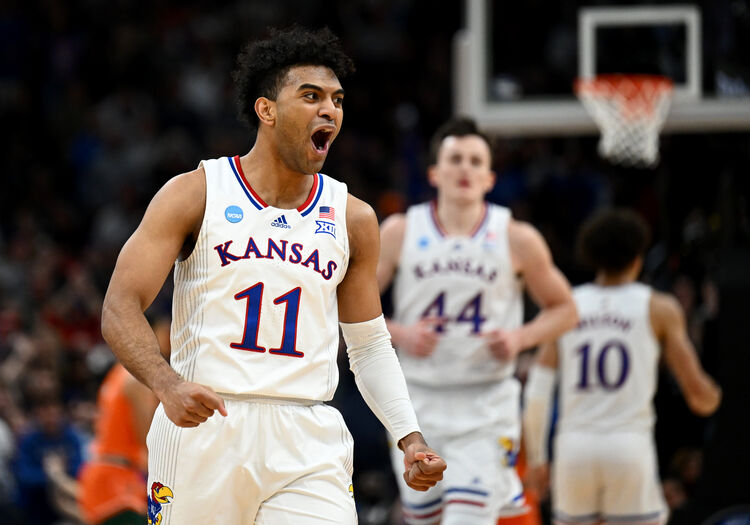 The Kansas Jayhawks and Villanova Wildcats face off on Saturday in a college basketball showdown in the Final Four at the Caesars Superdome in New Orleans.

Villanova comes into this game with a 30-7 record overall and they have gone 20-16-1 against the spread. To get to this game Villanova has beaten Delaware, Ohio State, Michigan, and Houston. In the last game against the Houston Cougars the defense was elite giving up only 44 points, and that led to the six point victory. The bad news for Villanova is Justin Moore suffered a torn Achilles and won’t be available for this game. Moore was the second leading scorer averaging 14.8 points and 4.8 rebounds per game. The best player for Villanova has been Collin Gillespie who is averaging 15.6 points while shooting 43.1 percent from the field and 40.9 percent from behind the three point line.

On the other side of this matchup is the Kansas Jayhawks who sit with a 32-6 record and they have gone 19-18-1 against the spread. Kansas has beaten Texas Southern, Creighton, Providence, and Miami to get to this point of the NCAA Tournament. Kansas was down at halftime against Miami, but in the second half they outscored them 47-15 and that led to the blowout victory. Kansas is averaging 78.3 points while their defense is giving up 67.3 points per game. The top player this season has been Ochai Agbaji who is averaging 18.9 points while shooting 47.1 percent from the field. Remy Martin was hurt most of the season but he has broken out during the tournament, and they need him to be good in this game.

If both of these teams were fully healthy I would give the edge to Villanova, but not having Moore is a big loss for them. Martin has been playing hot, and I expect Agbaji is going to have another big game. Without Moore, Villanova doesn’t have enough offense and that is going to be the difference. Back Kansas against the spread.