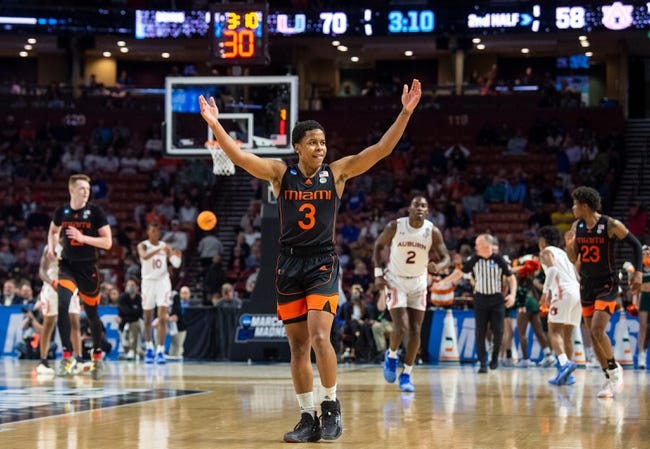 The Iowa State Cyclones and Miami Hurricanes face off on Friday in a college basketball showdown in the Sweet 16 at the United Center. This is almost a home game for Iowa State and they should have an advantage in terms of fans at this game.

On the other side of this matchup is the Miami Hurricanes who sit with a 25-10 record overall and they have gone 20-14-1 against the spread. Miami has beat USC and Auburn so far in the NCAA tournament. In the last game against Auburn the defense was elite giving up only 61 points and the offense scored 79 points on the way to the victory. Miami is averaging 74.7 points while their defense is giving up 70.6 points per game. Kameron McGusty has been the top player for Miami averaging 17.5 points while shooting 47.5 percent from the field and 35.4 percent from behind the three point line.

Iowa State’s offense is an issue and their lack of scoring is going to let them down in this game. I expect Miami is going to score 70 or 75 points and that is going to be enough for Miami to cover the spread. Back Miami against the spread.