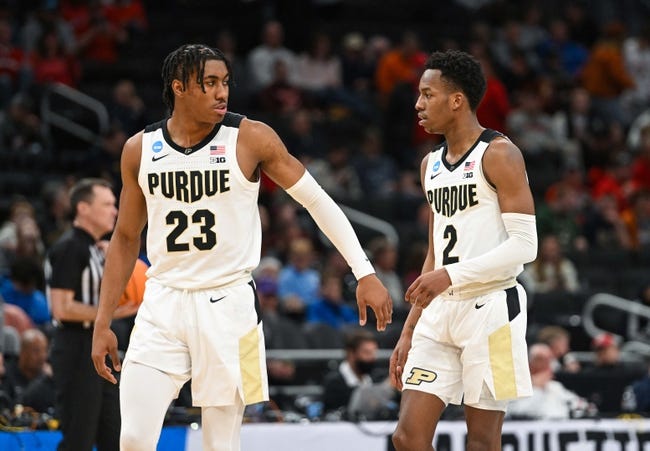 The Purdue Boilermakers and Texas Longhorns face off on Sunday in the Round of 32 college basketball showdown at the Fiserv Forum. Both teams looked really good in their first round but this is a much tougher matchup for each with a spot in the Sweet 16 on the line.

The Purdue Boilermakers come into this game with a 28-7 record overall and they have won four of their last five games. On Friday, Purdue faced off with Yale, and the defense was strong, especially in the second half. The offense was also strong scoring 78 points and the offense is going to need to be good again in this game. Purdue as a team is averaging 79.8 points while their defense is giving up 68.8 points per game. Jaden Ivey has been the top player for Purdue averaging 17.4 points while shooting 46.2 percent from the field and 35.8 percent from behind the three point line. There are four different players that are averaging at least 10.7 points per game.

On the other side of this matchup is the Texas Longhorns who sit with a 22-11 record overall and they had lost three games in a row before winning in the first round of the NCAA tournament against Virginia Tech. Texas hasn’t always been elite offensive team, but they were able to score 81 points against Virginia Tech to secure the victory. Texas is averaging 68.3 points while their defense is giving up 59.6 points per game. Forward Timmy Allen has been the top player for Texas averaging 12.3 points while shooting 50.5 percent from the field and 26.7 percent from behind the three point line. In this game if Texas wants a chance to come away with the victory they are going to need the defense to be good.

Texas has a good defense, but against this Purdue offense, I expect they are going to really struggle to defend, and that is going to let them down in this game. Look for Purdue to score 73 or 74 points, and that will be enough for the Boilermakers to cover the spread.