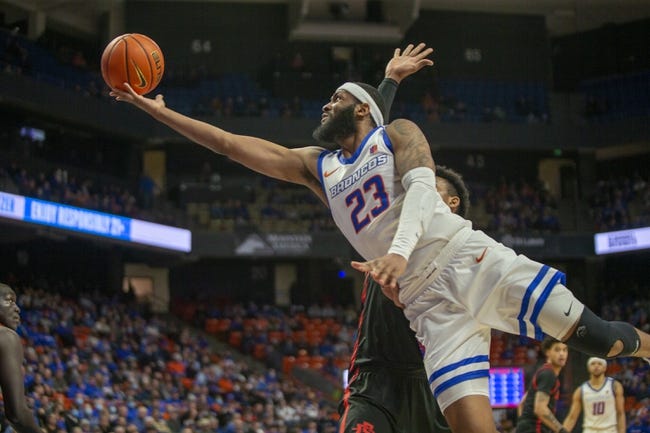 The Boise State Broncos and San Diego State Aztecs face off on Saturday in a college basketball showdown for the Mountain West title at the Thomas & Mack Center. When these two teams faced off on February 22nd it was Boise State that won 58-57.

Boise State was led by Abu Kigab who finished with 21 points. Nathan Mensah led the way for San Diego State for 13 points.

San Diego State comes into this game with a 23-7 record overall and they have gone 17-13 against the spread. On Friday, San Diego State fell behind early against Colorado State, but the defense really stepped up as the game went on, and they were able to win 63-58. The Aztecs are averaging 65.7 points while their defense is giving up 57.8 points per game. Matt Bradley has been the top player for the Aztecs averaging 17 points while shooting 44.7 percent from the field and 41.4 percent from behind the three point line.

On the other side of this matchup is the Boise State Broncos who sit with a 26-7 record overall and they have gone 17-15 against the spread. On Friday the offense found a lot of success against the Wyoming defense, and came away with the 68-61 victory. Boise State is averaging 69.2 points while their defense is giving up 61 points per game. Abu Kigab has been the top player for Boise State averaging 14.8 points while shooting 50.5 percent from the field and 30.2 percent from behind the three point line.

San Diego State’s defense is showing up at the right time, and they just slowed down the best offense in the Mountain West. Boise State is going to struggle to score and that will allow the Aztecs to cruise to the victory. Back Boise San Diego State against the spread.