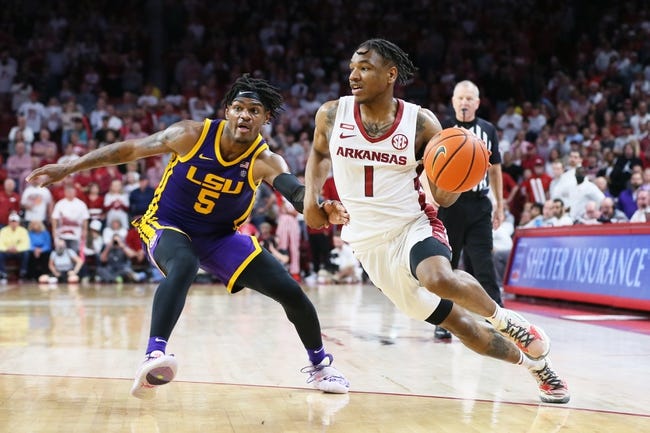 The LSU Tigers will play the Arkansas Razorbacks in this college basketball matchup scheduled for Friday Night in the 2nd round of the SEC Tournament.

The LSU Tigers are coming off of a 8 point win against Missouri in their last time out. Tari Eason led five players in double figures with 19 points while Darius Days had 16 and Brandon Murray and Xavier Pinson had 11 a piece in the win.

The LSU Tigers are led in scoring by Tari Eason who averages 16.9 points and 6.9 rebounds for this team. Darius Days averages 13.6 points and 7.7 rebounds a night. Brandon Murray is the third leading scorer for the Tigers as he averages 10.1 points a game for this team.

The Arkansas Razorbacks are coming off of a 1 point win against LSU in their last time out. Stanley Umude led Arkansas with 23 points. The Razorbacks have won 14 of their last 15 games overall and nine in a row at home. Notae, who entered as the SEC's second-leading scorer averaging 19.1 points per game, had just 12 points in the win.