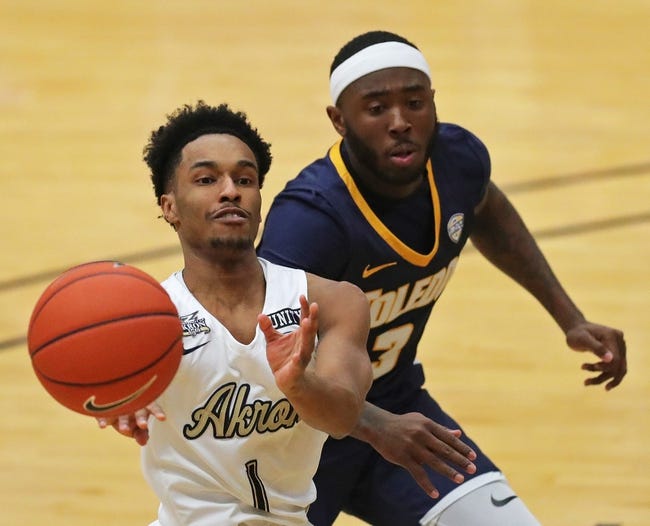 The Toledo Rockets and Akron Zips face off on Friday in a college basketball showdown in the MAC Tournament at Rocket Mortgage Fieldhouse. When these two teams faced off on January 28th it was Toledo that won 84-76.

Ryan Rollins was the top player for Toledo scoring 21 points and five rebounds. Akron was led by Bryan Trimble Jr who finished with 18 points.

Toledo comes into this game with a 26-6 record overall and they have won six games in a row. In four of the last five games Toledo has scored at least 88 points, and they lean on the offense to find their success. On Thursday, Toledo faced off with Central Michigan, and although they played down to the competition a bit, the Rockets were able to win 72-71. Toledo is averaging 81.1 points while their defense is giving up 72.6 points per game. Ryan Rollins has been the top player for Toledo averaging 19.2 points while shooting 48.2 percent from the field and 32.6 percent from behind the three point line.

On the other side of this matchup is the Akron ZIps who sit with a 22-9 record overall and they have won six games in a row. Even though they have been playing well, the last two games have been closer than they wanted. In the last game against Buffalo on Thursday, Akron scored 70 points and that was enough to win by two points. Akron is averaging 71.1 points while their defense is giving up 62.9 points per game. Ali Ali has been the top player for Akron averaging 14.1 points while 46.5 percent from the field and 38.5 percent from behind the three point line. There are four different players that are averaging at least 10 points per game.