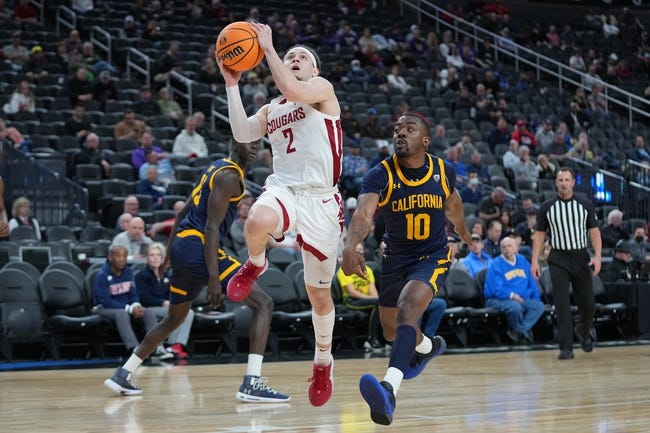 The Washington State Cougars and UCLA Bruins face off on Thursday in a college basketball showdown in a Pac-12 tournament game at T-Moble Arena. When these two teams faced off on February 17 it was UCLA that won 76-56.

On the other side of this matchup is the UCLA Bruins who sit with a 23-6 record overall and they have gone 15-13-1 against the spread. UCLA is a team that could make a deep run in the NCAA tournament but there a few games they have looked really bad. UCLA’s last game was against USC, and the Bruins won 75-68. UCLA is averaging 76.7 points while their defense is giving up 64.3 points per game. Johnny Juzang has been the top player for UCLA averaging 16.7 points while shooting 43.8 percent from the field.

Washington State’s offense has been inconsistent at times this season, and they are going to struggle to score again in this game against UCLA. Look for UCLA to score 75 or 80 points and that is going to be the difference as the Bruins get the job done. Back UCLA against the spread.