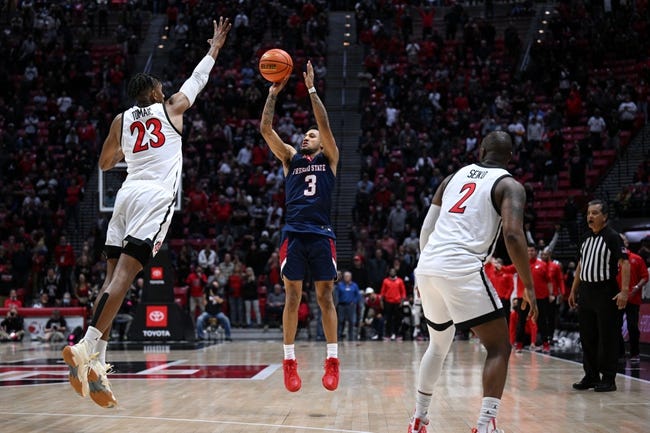 The Fresno State Bulldogs and San Diego State Aztecs face off on Thursday in a college basketball showdown in the Mountain West Tournament at the Thomas & Mack Center. When these two teams faced off on March 3rd it was San Diego State that won 65-64.

Matt Bradley was the top player for San Diego State scoring 26 points. Fresno State was led by Jordan Campbell who had 19 points.

Fresno State comes into this game with a 19-12 record and they have gone 17-12-1 against the spread. On Wednesday it took over time to get the job done, but Fresno State was able to win by two points. Before that last win, Fresno State had lost two games in a row. Fresno State is averaging 66.3 points while their defense is giving up 67.4 points per game. Orlando Robinson has been the top player for Fresno State averaging 19.2 points while shooting 48.1 percent from the field and 33 percent from behind the three point line.

Fresno State was competitive in the last game against San Diego State and it’s going to be no different in this game. I expect Fresno State’s defense is going to step up and that is going to help them find success. They might not do enough to pull out the victory and advance in the tournament, but they will cover the spread. If you want to sprinkle a few dollars on Fresno State money line that is good value.