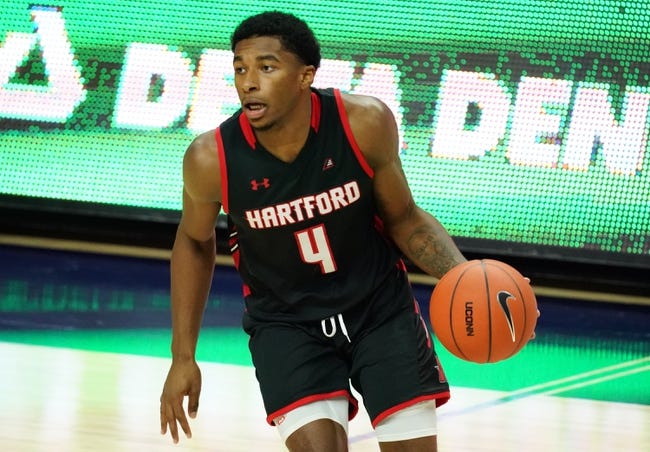 The Hartford Hawks will play the Albany Great Danes in the Quarterfinals of the America East Conference Tournament.