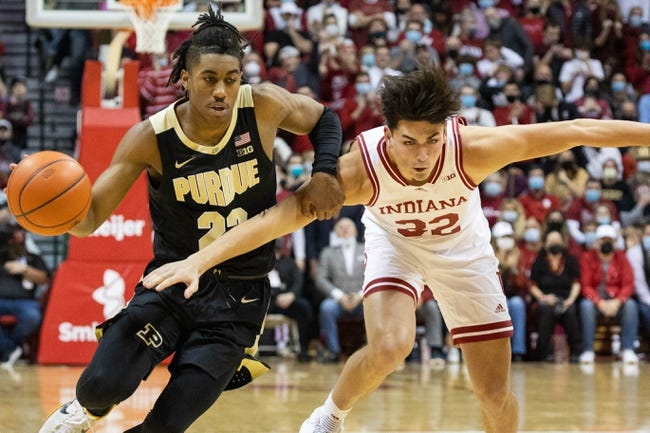 The Indiana Hoosiers and Purdue Boilermakers face off on Saturday in a Big Ten college basketball showdown at Mackey Arena. When these two teams faced off on January 20th it was Indiana that won 68-65.

Indiana comes into this game with an 18-11 record overall and they have gone 15-14 against the spread. Indiana is coming off a disappointing loss in their last game. Indiana’s offense could only manage 63 points and that led to the three point defeat. Indiana is averaging 71.6 points while their defense is giving up 65.3 points per game. Trayce Jackson-Davis has been the top player for Indiana averaging 17.5 points while shooting 57.8 percent from the field.

On the other side of this matchup is the Purdue Boilermakers who sit with a 24-6 record overall and they have gone 13-15-2 against the spread. At one point Purdue looked like the best team in the country, but they are really struggling. Two games ago against Michigan State they lost 68-65 and in the last game against Wisconsin, they lost 70-67. Purdue is averaging 81.1 points while their defense is giving up 68.8 points per game. Jaden Ivey has been the top player for Purdue averaging 17.4 points while shooting 46.7 percent from the field. In this game, Purdue needs to be the team that gets out to a fast start.