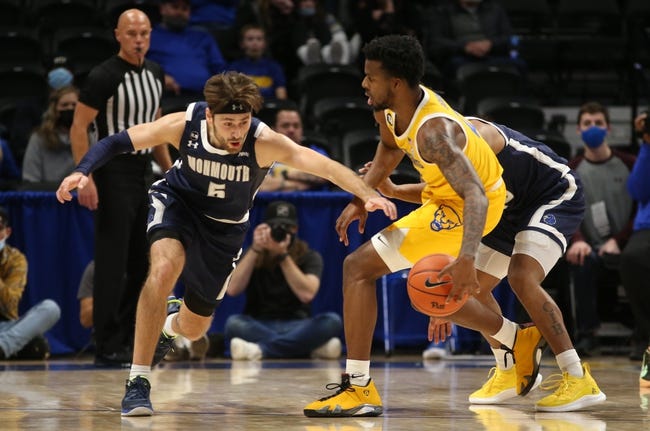 The Quinnipiac Bobcats and Monmouth Hawks face off on Thursday in a college basketball showdown at the Multipurpose Activity Center. When these two teams faced off on February 6th it was Monmouth that won 76-63.

Walker Miller was the top player for Monmouth scoring 22 points and grabbing six rebounds. Quinnipiac was led by Tyrese Williams who finished with 14 points.

Quinnipiac comes into this game with a 12-14 record overall and they have gone 10-14-1 against the spread. The Bobcats have lost four games in a row including the last game against Canisius. Quinnipiac was outscored 45-27 in the second half, and that led to the five point defeat. The Bobcats are averaging 72.6 points while their defense is giving up 72.1 points per game. Matt Balanc was the top player for Quinnipiac averaging 14.5 points while shooting 42.6 percent from the field and 34.9 percent from behind the three point line.

On the other side of this matchup is the Monmouth Hawks who currently sit with an 18-11 record and they have gone 19-10 against the spread. Monmouth has lost two games in a row and in the last game against Siena, Monmouth scored only 59 points and that led to the 11 point defeat. Monmouth is averaging 69.2 points while their defense is giving up 67.5 points per game. George Papas has been the top player for Monmouth averaging 15.4 points while shooting 39.1 percent from the field and 36 percent from deep.

Monmouth doesn’t like to get up and run, and I expect their defense is going to be strong in this game against Quinnipiac. Look for the lack of scoring by the Bobcats and the pace this game to allow the under to cash.