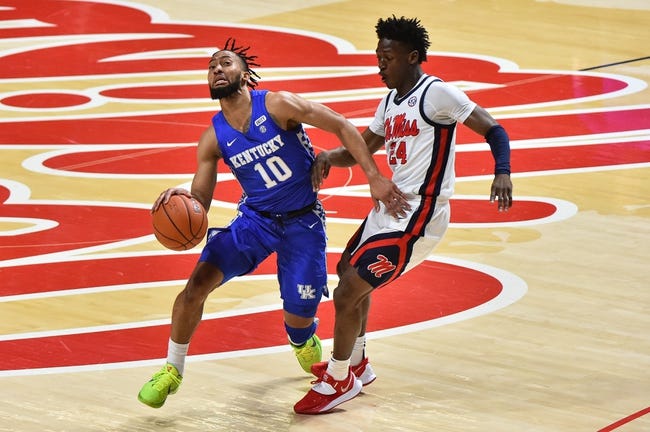 The Ole Miss Rebels and Kentucky Wildcats face off on Tuesday in a college basketball showdown at Rupp Arena. When these two teams faced off in March of 2021 it was Ole Miss that won 70-62.

Ole Miss comes into this game with a 13-16 record overall and they have gone 13-16 against the spread. The Rebels have lost two games in a row and in the last game against Texas A&M it was by ten points. Ole Miss is averaging 68.5 points while their defense is giving up 68.2 points per game. Guard Matthew Murrell has been the top player for Ole Miss averaging 11.4 points while shooting 41.5 percent from the field and 34.7 percent from behind the three point line. There are three different players that are averaging at least 11.4 points per game.

On the other side of this matchup is the Kentucky WIldcats who sit with a 23-6 record overall and they have gone 13-15-1 against the spread. In the last game against Arkansas, Kentucky was competitive but lost in the last seconds by two points. Kentucky is averaging 80.3 points while their defense is giving up 65.6 points per game. Oscar Tshiebwe has been the top player for the Wildcats averaging 16.9 points while shooting 59.7 percent from the field. There are four different players that are averaging at least 11.2 points per game. With seeding being so important in the NCAA tournament, this isn’t a game they can lose.

Ole Miss has been struggling as of late, and going against Kentucky isn’t going to be an easy task. The Wildcats are averaging 80.3 points per game, and their offense is going to be the difference as they win in blowout fashion. Back Kentucky against the spread.