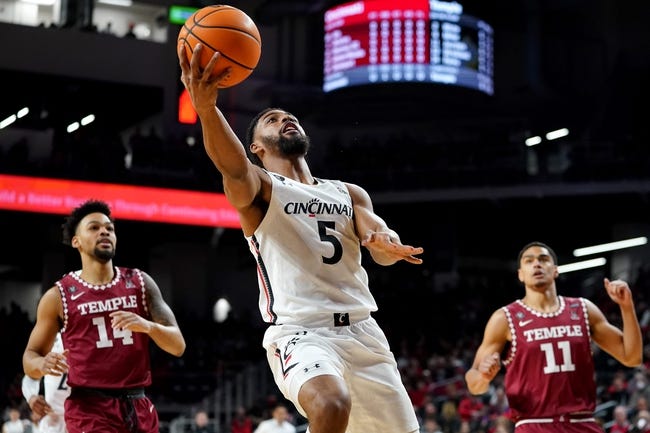 The South Florida Bulls and Cincinnati Bearcats face off on Saturday in a college basketball showdown at the Fifth Third Arena. When these two teams faced off on February 9th it was Cincinnati that won 70-59.

David DeJulius was the top player for Cincinnati scoring 24 goals. South Florida had three players who discord at least 10 points.

South Florida is having another bad season sitting with a 7-20 record and they have gone 10-17 against the spread. This is an offense that has struggled all season, and in the last game against East Carolina they only scored 60 points. The Bulls are averaging 57.6 points while their defense is giving up 64.8 points per game. Guard Caleb Murphy has been the top player this season scoring 11.4 goals while shooting 42.1 percent from the field.

On the other side of this matchup is the Cincinnati Bearcats who sit with a 17-11 record and they have gone 9-15-3 against the spread. The Bearcats have lost two games in a row including the last game against UCF 75-61. Cincinnati is averaging 70.8 points while their defense is giving up 65.8 points per game. David DeJulius has been the top player for Cincinnati averaging 14.7 points while shooting 42.6 percent from the field.

Cincinnati had very little issue with South Florida the first time these two teams played, and it’s going to be no different in this game. Look for South Florida’s offense to struggle, and that is going to lead to Cincinnati getting the job done. Look for the Bearcats to win in blowout fashion and they will cover the spread.