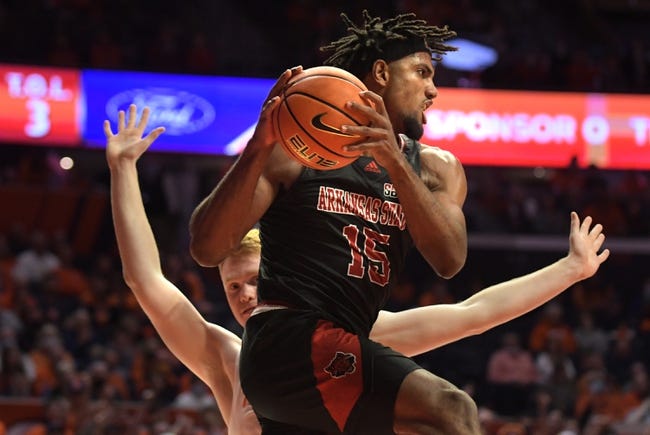 The Coastal Carolina Chanticleers will visit the Arkansas State Red Wolves in this college basketball matchup scheduled for Wednesday Night.

The Coastal Carolina Chanticleers are coming off of a 10 point win against Tory in their last time out. Vince Cole had 16 points to lead five Coastal Carolina players in double figures. Rudi Williams added 13 points for the Chanticleers. Essam Mostafa chipped in 12, Josh Uduje scored 11 and Ebrima Dibba had 11. Williams also had nine rebounds, while Mostafa posted nine rebounds in the win.

The Arkansas State Red Wolves are coming off of a 9 point win against UT Arlington in their last time out. Norchad Omier had 22 points and 16 rebounds to lead the Red Wolves.  Desi Sills had 10 points for Arkansas State. Markise Davis added six assists in the win.