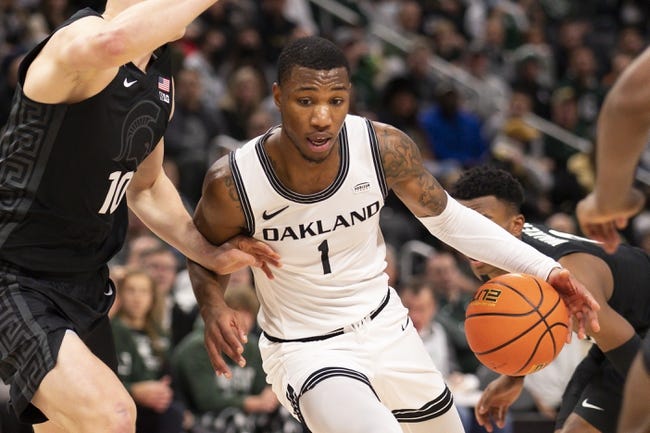 The Northern Kentucky Norse and Oakland Golden Grizzlies face off on Sunday in a college basketball showdown at the Athletics Center O’rena. When these two teams faced off on February 4th it was Northern Kentucky that won 87-78.

Northern Kentucky comes into this game with a 15-11 record overall and they have gone 11-13 against the spread. Even though they have played well this season, they looked awful in the last game against Detroit. The offense could only manage 52 points, and that led to the eight point defeat. The Norse are averaging 69.5 points while their defense has given up 66.1 points per game. Marques Warrick has been the top player for Northern Kentucky averaging 14.8 points while shooting 36.8 percent from the field.

On the other side of this matchup is the Oakland Golden Grizzlies who sit with an 18-9 record and they have gone 14-2 against the spread. Even though they have found success, they are also coming off a loss. The defense gave up 78 points to Wright State, and that led to the defeat. Oakland is averaging 75.8 points while their defense is giving up 68.6 points per game. Jamal Cain has been the best player for Oakland averaging 20.4 points while shooting 49.3 percent from the field and 30.3 percent from deep.