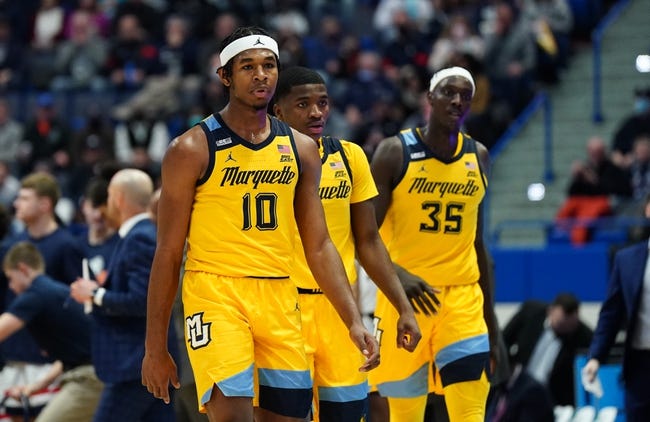 The Marquette Golden Eagles will travel to play the Creighton Bluejays in a Big East game on Sunday.

Creighton comes into this game on a four game winning streak, while Marquette has struggled in their last five games. Marquette has the better offense, while Creighton allows fewer points per game and rebounds better. This should be a great game, but I am Marquette. Creighton has taken advantage of playing weaker competition in their last few games and Marquette is much better than those teams.