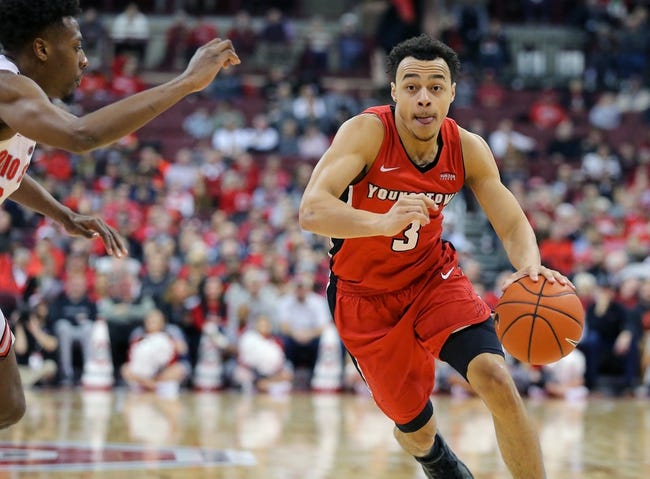 The George Mason Patriots and Fordham Rams face off on Sunday in a college basketball showdown at Rose Hill Gym. When these two teams faced off on February 10th it was George Mason that won 77-45.

George Mason comes into this game with a 13-11 record overall and they have gone 15-9 record overall. In the last game against Saint Joseph’s it took overtime but they were able to win by five points. At halftime George Mason was losing, but it was 37 points in the second half that got them back in the game. George Mason is averaging 72.9 points while their defense is giving up 69.3 points per game. Josh Oduro has been the top player for George Mason averaging 18.7 points while shooting 55.4 percent from the field and 33.3 percent from behind the three point line.

On the other side of this matchup is the Fordham Rams who sit with an 11-13 record and they have gone 15-9 against the spread. In the last game against VCU, Fordham was competitive, but they lost by five points. Two games ago against Duquesne, the defense gave up only 54 points. Fordham is averaging 67.6 points while their defense is giving up 67.8 points per game. Guard Darius Quisenberry has been the top player for Fordham averaging 17.3 points while shooting 58 percent from the field and 33.3 percent from behind the three point line.

George Mason had little issues beating Fordham in the last game and it’s not going to be any different in this game. I don’t trust Fordham’s offense, and they are going to struggle to score again in this game. George Mason is going to score at least 75 points, and that will be enough to cover the spread.