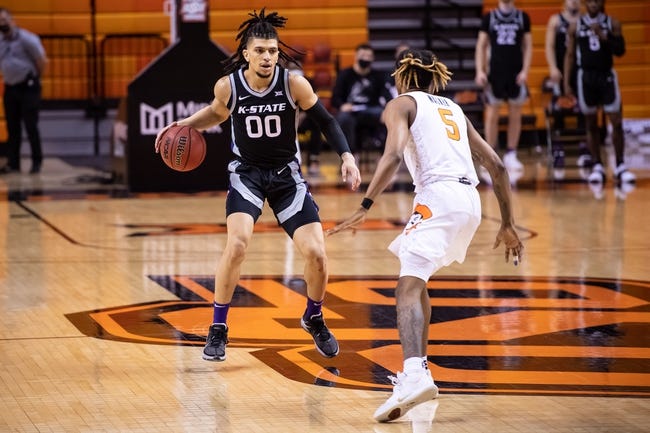 The Kansas State Wildcats and Oklahoma State Cowboys face off on Saturday in a Big 12 college basketball showdown at Gallagher-Iba Arena. When these two teams faced off on February 2nd it was Kansas State that won 71-68.

Kansas State comes into this game with a 14-11 record overall and they have gone 13-10-2 against the spread. Coming into this game, Kansas State has won two games in a row including the last game against West Virginia. The offense was elite, putting up 78 points on the way to the victory. Kansas State is averaging 67.9 points while their defense is giving up 64.4 points per game. Nijel Pack has been the top player for Kansas State averaging 17.5 points while shooting 46.2 percent from the field and 43.6 percent from behind the three point line.

On the other side of this matchup is the Oklahoma State Cowboys who sit with a 12-13 record overall and they have gone 9-15-1 against the spread. In the last game against Kansas, the offense only scored 62 points, and that led to the 14 point defeat. The Cowboys are averaging 69.5 points while their defense is giving up 66.9 points per game. Avery Anderson III has been the top player for Oklahoma State averaging 11.4 points while shooting 39.6 percent from the field. In this game, Oklahoma State is going to need the offense to be good.

I know Kansas State is coming off a strong offensive game, but overall they like to play a slower pace. Oklahoma State is also going to struggle to score, and this game is going to be lower scoring. Back the under to cash.