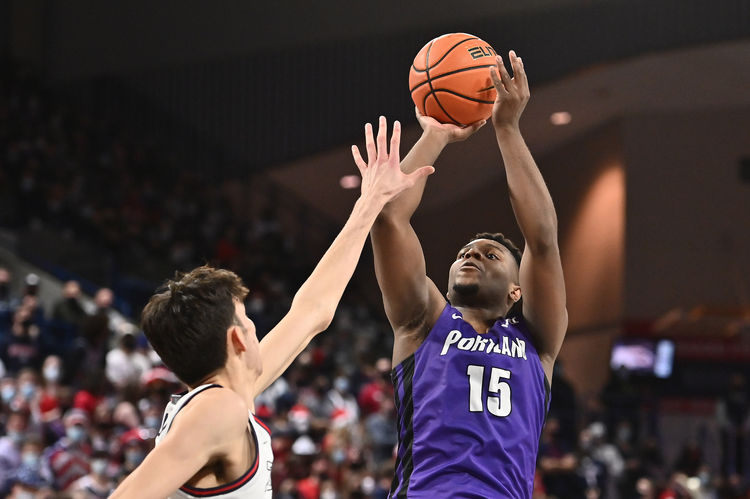 Where to Watch: KRCW-TV Stream College Basketball all season on ESPN+. Sign up now!

The San Diego Toreros and Portland Pilots face off on Thursday in a college basketball showdown at the Chiles Center. When these two teams faced off on January 13th it was San Diego that won 68-63.

Portland was led by Mike Meadows who finished with 16 points and five rebounds. Marcellus Earlington was the top player for San DIego scoring 21 points and 10 rebounds.

San Diego comes into this game with a 14-12 record overall and they have gone 12-11-1 against the spread. In the last game against Pacific, the defense was strong giving up only 54 points and that led to the six point victory. Before that win, San Diego had lost three games in a row. San Diego is averaging 67.1 points while their defense is giving up 66 points per game. Marcellus Earlington has been the top player so far this season for the Toreros averaging 13.8 points while shooting 42.8 percent from the field.

On the other side of this matchup is the Portland Pilots who sit with a 14-12 record overall and they have gone 16-8 against the spread. Portland has won three games in a row but one of those games was against a non D1 team. Over the last two games Portland is averaging 85 points. Portland is averaging 72.7 points while their defense is giving up 71.3 points per game. Tyler Robertson has been the top player for Portland averaging 14.8 points while shooting 39.1 percent from the field and 34.6 percent from behind the three point line.

San Diego has been better this season, but Portland is playing some good basketball coming into this game, and they are going to have no issue running up the score against the Toreros' defense. I expect Portland is going to reach 75 points, and that is going to be the difference in this game. Back Portland against the spread.