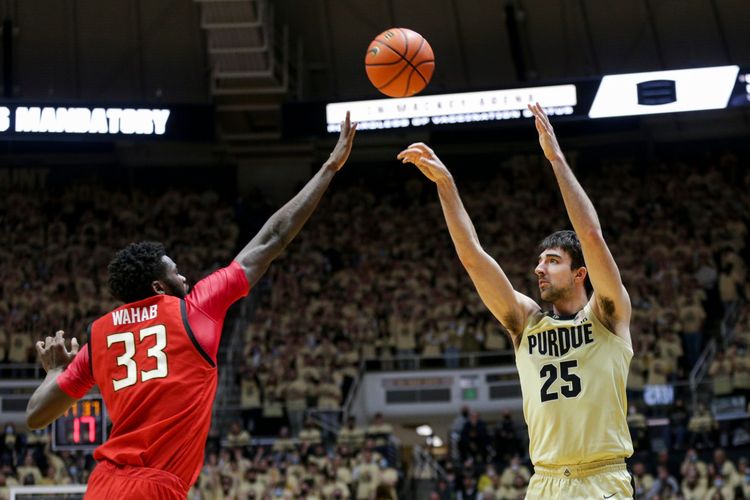 The Purdue Boilermakers and Northwestern Wildcats face off on Wednesday in a college basketball showdown at Welsh-Ryan Arena. When these two teams faced off on January 23rd it was Purdue that won 80-60.

Purdue comes into this game with a 22-4 record overall and they have gone 13-13 against the spread. In the last game against Maryland, Purdue played down to the competition a bit, but they won by a point. Purdue is averaging 82.6 points while their defense is giving up 68.9 points per game. The best player this season for Purdue has been Jayden Ivey who is averaging 17.4 points while shooting 47.7 percent from the field and 40 percent from behind the three point line. There are four different players that are averaging at least 11 points per game.

On the other side of this matchup is the Northwestern Wildcats who sit with a 12-11 record overall and they have gone 11-11 against the spread. Northwestern had won three games in a row heading into their last game against Illinois. In that last game, Northwestern only scored 66 points, and although they were competitive, they still lost by seven points. The WIldcats are averaging 74.7 points while their defense is giving up 68 points per game. Boo Buie has been the top player for Northwestern averaging 15.1 points while shooting 40.1 percent from the field and 35.2 percent from deep.