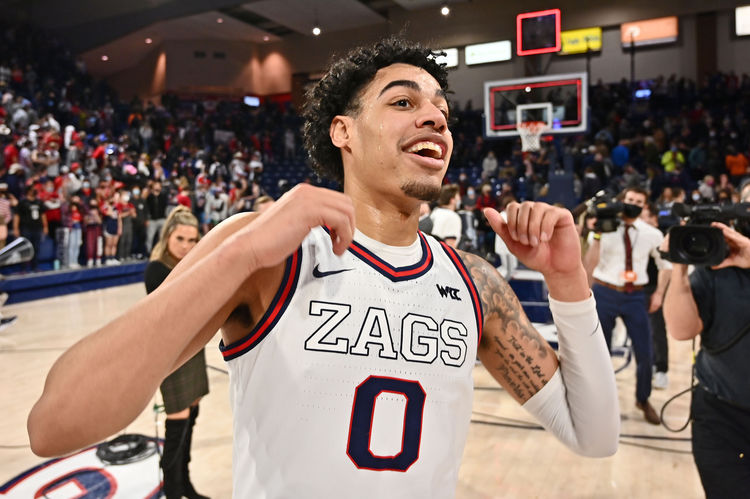 The Gonzaga Bulldogs and Pepperdine Waves face off on Wednesday in a college basketball showdown at the Firestone Fieldhouse. When these two teams faced off on January 8th it was Gonzaga that won 117-83.

Gonzaga had six players that finished with at least 12 points. Houston Mallette was the top player for Pepperdine finishing with 21 points and four rebounds.

Gonzaga comes into this game with a 21-2 record and they have gone 13-8-2 against the spread. In the last game against St. Mary's, the defense was elite giving up only 58 points and that led to the easy victory. The Bulldogs are averaging 90 points while their defense is giving up 64.3 points per game. Gonzaga’s best player this season has been Drew Timme and he is averaging 17.7 points while shooting 60.7 percent from the field. Chet Holmgren has also been a matchup nightmare for opposing teams.

On the other side of this matchup is the Pepperdine Waves who come into this game with a 7-20 record and they have gone 10-16 against the spread. Pepperdine has lost two games in a row and the defense has been a big issue each of those games. Two games ago against San Francisco they gave up 105 points and in the last game against BYU they gave up 91 points. Jan Zidek has been the top player for Pepperdine averaging 13 points while shooting 42.1 percent from the field and 28.8 percent from behind the three point line.

The first time these two teams faced off there were 200 points scored and although I am not sure they will get that many points in this game, there will be no shortage of offense. Look for Gonzaga to get close to 100 points, and the over is going to cash.