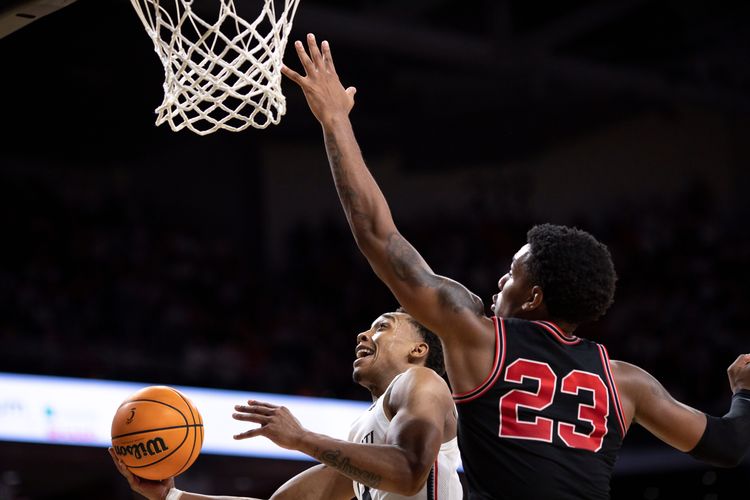 Georgia is coming off an 80-68 loss to South Carolina in its last game at home on February 12th. Georgia has now lost five straight games, all in conference play, as the Bulldogs have had a very disappointing season thus far. Georgia is 6-19 overall this season and just 1-11 in SEC play, putting them in last place in the SEC conference standings. Georgia has had some promising performances, such as its two-point loss to Auburn on February 5th when the Bulldogs led late and had a chance to earn a monster upset win. Georgia's leading scorer so far this season has been G Kario Oquendo, who has scored 14.0 points per game for the Bulldogs. G Braelen Bridges leads the team in rebounds per game with 5.8 and G Aaron Cook leads the team in assists per game with 5.9. Georgia as a team has scored 70.6 points per game and has shot the ball at a 43.9% clip from the field. Georgia has also allowed 77.1 points per game to its opponents.

LSU is coming off a much-needed 69-65 win over Mississippi State in its last game at home on February 12th. LSU has now won two straight games after losing three straight and six of its last seven. LSU is unranked with an 18-7 overall record, a 6-6 conference record, and a 15-10-0 against the spread record. LSU has injury problems throughout the season and it will be important for the Tigers to stay healthy as we near the end of the regular season. LSU's leading scorer so far this season has been F Tari Eason, who has scored 16.6 points per game for the Tigers. F Darius Days leads the team in rebounds per game with 7.8 and G Xavier Pinson leads the team in assists per game with 4.0. LSU as a team has scored 72.6 points per game and has shot the ball at a 44.0% clip. LSU has also allowed 61.1 points per game to its opponents.

LSU is a 16.5-point favorite and the total is set at 144.5. I think LSU wins this game with no real problems. Georgia has not been nearly as effective on the road as it has at home and LSU is starting to turn things around with two strong wins. It is never desirable to lay this many points in a conference game, but LSU should be able to put this Georgia team away early. There may be a worry that LSU takes its foot off the pedal too early, but I still think the Tigers earn the win and cover at home.