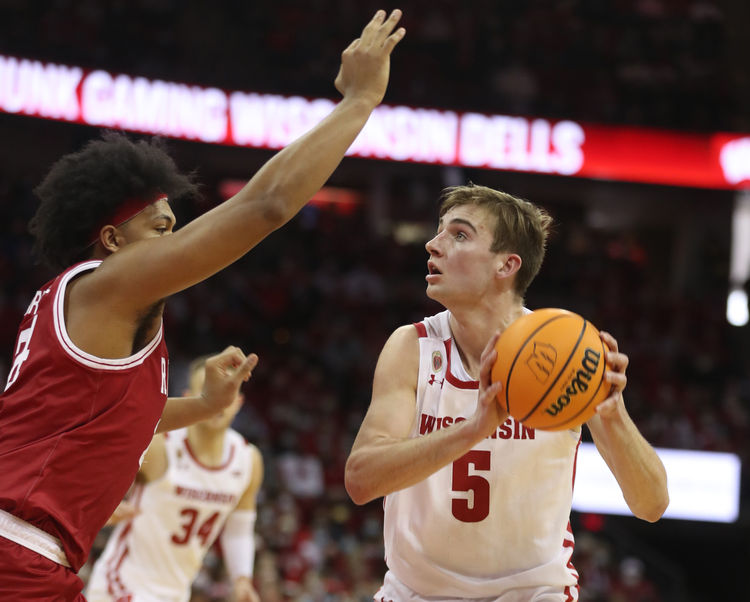 The Wisconsin Badgers and Indiana Hoosiers face off on Tuesday in a college basketball showdown at Bloomington Assembly Hall. When these two teams faced off on December 8th it was Wisconsin that won 64-59.

Wisconsin comes into this game with a 19-5 record overall and they have gone 13-11 against the spread. Even though they have found success, Wisconsin did struggle in the last game against Rutgers. The offense could only manage 65 points and that led to the defeat. Wisconsin is averaging 70.9 points while their defense is giving up 66.4 points per game. Johnny Davis has been playing like the Big Ten player of the year for most of the season and he is averaging 20.3 points while shooting 43.1 percent from the field and 33.3 percent from behind the three point line.

On the other side of this matchup is the Indiana Hoosiers who sit with a 16-8 record overall and they have gone 13-11 against the spread. The Hoosiers have struggled a bit losing three games in a row. In the last game against Michigan State the offense could only score 76 points and that led to the 15 point defeat. Indiana is averaging 71.5 points while their defense is giving up 63.8 points per game. Trayce-Jackson Davis has been the top player for Indiana averaging 17.5 points while shooting 56.9 percent from the field. In this game if Indiana wants to win this game, the offense is going to need to be better.