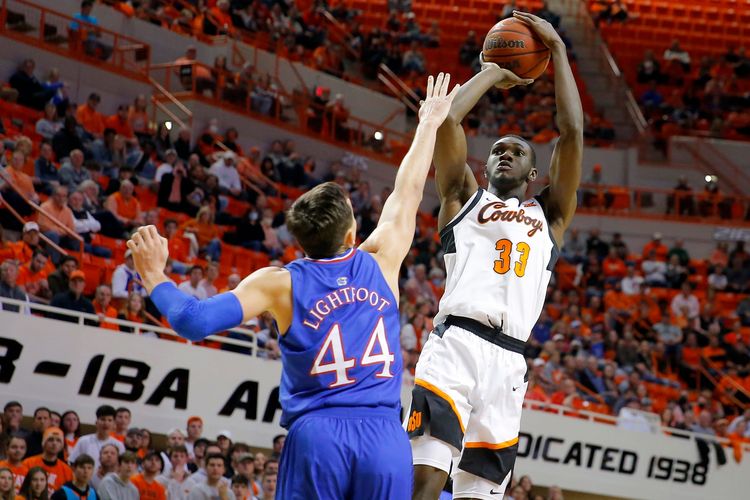 The Oklahoma State Cowboys and Kansas Jayhawks face off on Monday in a college basketball showdown at Allen Fieldhouse. When these two teams faced off on January 4th it was Kansas that won 74-63.

Kansas was led by David McCormick who finished with 17 points and 15 rebounds. Isaac Likekele was the top player for Oklahoma State putting up 16 points and 12 rebounds.

Oklahoma State comes into this game with a 12-12 record and they have gone 9-14-1 against the spread. The Cowboys have been a bit inconsistent, but in the last against West Virginia they put up 81 points on the way to the victory. The Cowboys are averaging 69.8 points while their defense is giving up 66.5 points per game. Avery Anderson has been the top player for Oklahoma State averaging 11.4 points while shooting 34.2 percent from behind the three point line.

On the other side of this matchup is the Kansas Jayhawks who sit with a 20-4 record overall but they have been playing with fire the last few weeks. In the last game against Oklahoma they were trailing for much of the game but were able to make the plays late and come away with the two point victory. Kansas is averaging 79.6 points while their defense is giving up 68.3 points per game. Ochai Agbaji has been the top player for Kansas averaging 19.9 points while shooting 50,5 percent from the field and 44.5 percent from behind the three point line.

Kansas dominated Oklahoma State the first time these two teams played and it’s going to be no different in this game. The Cowboys don’t have anyone to slow down McCormick and he is going to have a strong game. Look for Kansas to get close to 80 points, and they will cover the spread. Back Kansas against the spread.