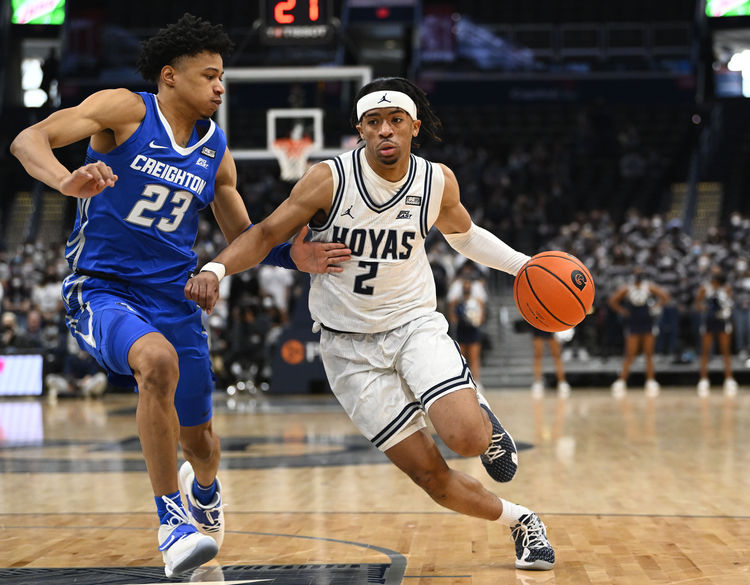 The Georgetown Hoyas and Creighton Bluejays face off on Monday in a college basketball showdown at the CenturyLink Center in Omaha. These two teams just faced off on Saturday and it was Creighton that won 80-66.

At halftime, Creighton was only up by five points, but they pulled away in the second half. The top player for Creighton was Ryan Hawkins who finished 30 points and 12 rebounds. Georgetown had four different players who finished with at least 10 points.

Georgetown comes into this game with a 6-17 record and they have gone 8-15 against the spread. This has been a disappointing season and a big reason has been because of the defense. Over the last two games, Georgetown has given up 162 points total. Georgetown is averaging 71.5 points while their defense is giving up 76.9 points per game. Donald Carey has been the top player for Georgetown averaging 13.6 points while shooting 43.7 percent from the field and 42.3 percent from deep.

On the other side of this matchup is the Creighton Bluejays who sit with a 15-8 record and they have gone 11-12 against the spread. Creighton has been a bit inconsistent this season, but this is a team that could make a run in the NCAA tournament. Creighton is averaging 68.4 points while their defense is giving up 65.5 points per game. Ryan Hawkins has been the top player for Creighton averaging 13.4 points while shooting 44.3 percent from the field and 37.9 percent from behind the three point line.

Beating the same team in back to back games is tough, but this Georgetown team is just so bad, and they don’t have the offense to keep this game close. Look for Creighton to get close to 85 points, and they will cover the spread.