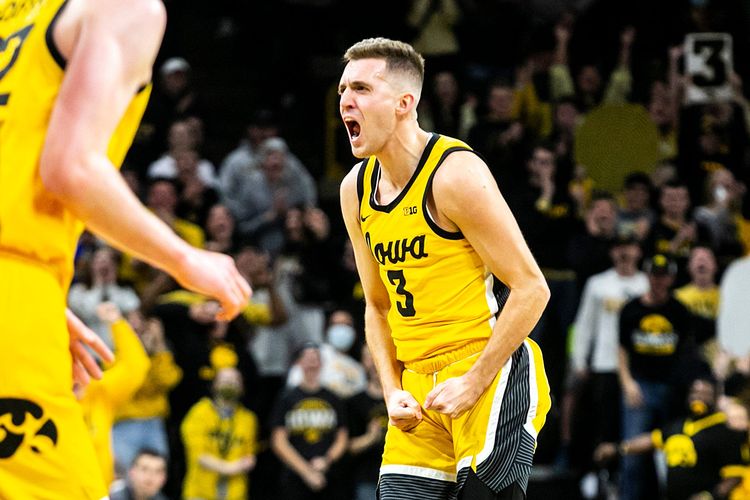 The Nebraska Cornhuskers and Iowa Hawkeyes face off on Sunday in a college basketball showdown in Iowa City. When these two teams faced off in March of 2021 it was Iowa that won 102-64.

Nebraska comes into this game with a 7-17 record overall and they have gone 13-11 against the spread. The Cornhuskers are having a bad season but they are coming off a win over Minnesota in the last game. The offense scored 78 points in that game, while the defense gave up 65 points. Nebraska is averaging 72.5 points while their defense is giving up 78.2 points per game. Bryce McGowens has been the best player this year for Nebraska averaging 16.7 points while shooting 40.9 percent from the field and 28.2 percent from behind the three point line.

On the other side of this matchup is the Iowa Hawkeyes who sit with a 16-7 record and they have gone 13-10 against the spread. In the last game against Maryland, Iowa’s offense was elite, scoring 110 points and that was enough to come away with the victory. Iowa is averaging 83.4 points while the defense is giving up 71.2 points per game. Keegan Murray has been the top player for Iowa averaging 22.7 points while shooting 56.1 percent from the field and 35.6 percent from behind the three point line.

Nebraska is 0-4 against the spread in their last four games where their opponent scores 100 points or more in their previous game. The over is 4-0-1 in the Hawkeyes last five games against a team with a winning percentage below .400 percent. The over is 7-1 in Iowa’s last eight games following a straight up win of more than 20 points. The over is 14-1-1 in Hawkeyes last 16 games as a favorite of 13.0 or greater.

Iowa scored 110 points in the last game and they might get close to that number again in this game. Nebraska doesn’t play a ton of defense, and Iowa is going to have no issues running up the score. Look for this game to be a shootout, and the over is going to cash.