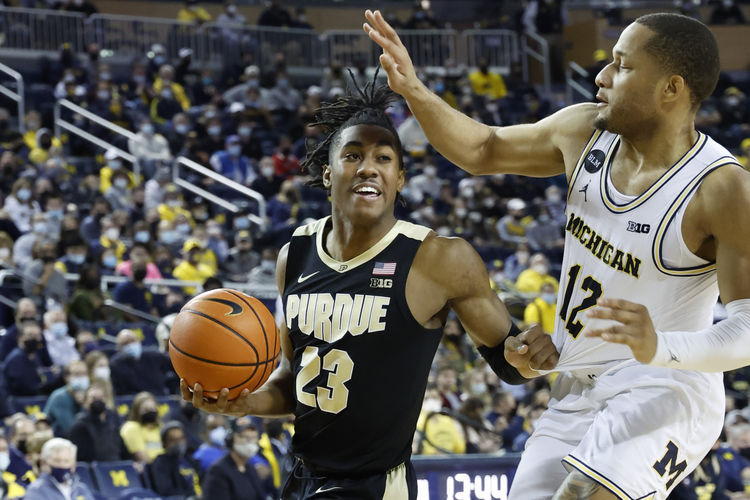 The Maryland Terrapins and Purdue Boilermakers face off on Sunday in a Big Ten college basketball showdown at Mackey Arena. When these two teams faced off in February of 2021 it was Maryland that won 61-60.

Maryland comes into this game with an 11-13 record overall and they have gone 9-15 against the spread. In the last game against Iowa, the defense was awful giving up 110 points which led to the blowout loss. Maryland is averaging 70.4 points while their defense is giving up 71.1 points per game. Eric Ayala has been the top player for Maryland averaging 15.1 points while shooting 38.3 percent from the field and 34.3 percent from behind the three point line.

On the other side of this matchup is the Purdue Boilermakers who sit with a 21-4 record overall and they have gone 13-12 against the spread. The Boilermakers have been quite impressive this season, but they are coming off a bad loss in their last game against Michigan. The defense gave up 82 points to the Wolverines and that led to the defeat. Purdue is averaging 83.4 points while their defense is giving up 69.2 points per game. Jaden Ivey has been the top player for Purdue averaging 17.7 points while shooting 48.5 percent from the field and 40.5 percent from behind the three point line.

Purdue struggled in the last game, but they are playing a worse team in Maryland and I expect their defense is going to be a lot better in this game. Look for Purdue to score at least 75 points and that will be the difference as the Boilermakers get the job done. Back Purdue against the spread.