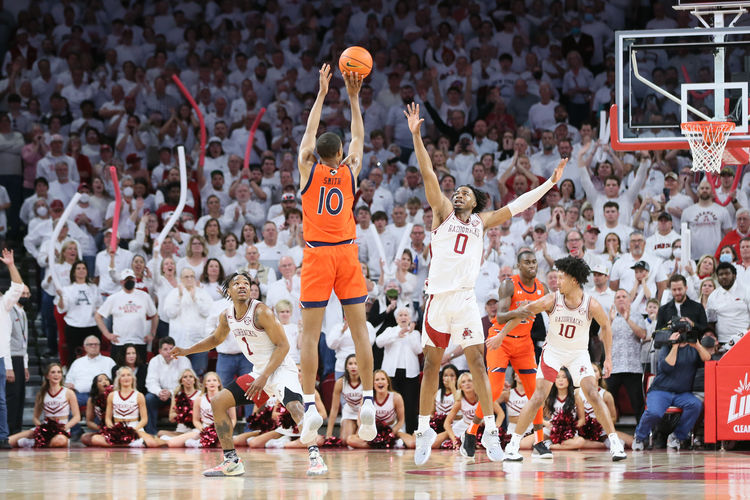 The Texas A&M Aggies and Auburn Tigers face off on Saturday in an SEC college basketball showdown at Auburn Arena. When these two teams faced off in January of 2021 it was Texas A&M that won 68-66.

Texas A&M comes into this game with a 15-9 record overall and they have gone 12-11 against the spread. The Aggies have lost six games in a row including the last game against LSU. The defense gave up 76 points and that was the difference as the offense couldn’t keep it close. The Aggies are averaging 73.5 points while their defense is giving up 66.2 points per game. Quenton Jackson has been the top player for Texas A&M averaging 13 points while shooting 44.8 percent from the field and 32.9 percent from behind the three point line.

On the other side of this matchup is the Auburn Tigers who sit with a 22-2 record and they have gone 17-7 against the spread. Auburn has had a big season, but they are coming off a loss against Arkansas. The defense gave up 80 points, and even the good offense, couldn’t overcome that. Auburn is averaging 80.2 points while their defense is giving up 67 points per game. Jabari Smith has been the best player for Auburn and he is averaging 15.5 points while shooting 43.3 percent from the field and 40.2 percent from behind the three point line. There are four different players that are averaging at least 11.6 points per game.

Auburn wasn’t great in the last game, but they are facing a much easier opponent in Texas A&M. Look for Auburn to get close to 80 points, and Texas A&M is going to have no answer for it. This game is going to get out of hand early, and Auburn is going to cover the spread.