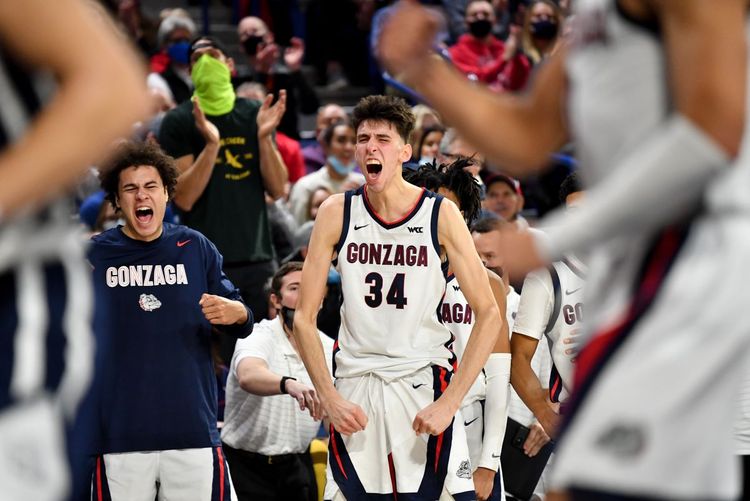 The Gonzaga Bulldogs will play host to the Saint Mary’s Gaels in this college basketball matchup scheduled for Saturday Night.

The Gonzaga Bulldogs are coming off of a 38 point win against Pacific in their last time out. Rasir Bolton scored 20 points, Drew Timme added 13 points and 10 rebounds as the Zags grabbed its 13th consecutive victory. Julian Strawther had 15 points and Chet Holmgren scored 14 for Gonzaga in the win.

The Saint Mary’s Gaels are coming off of a 29 point win against San Diego in their last time out. Logan Johnson had 16 points, a career-high nine rebounds and five steals to lead the Gaels. Tommy Kuhse scored 13 points and Alex Ducas added 12 for the Gaels in the win.