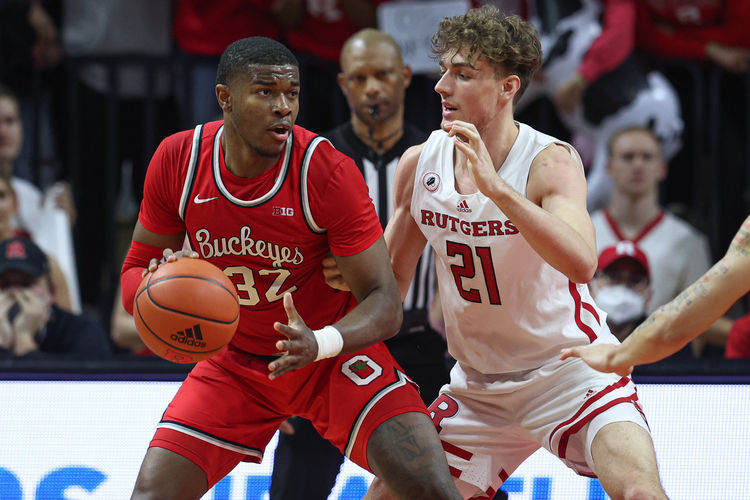 The Ohio State Buckeyes and Michigan Wolverines face off on Saturday in a Big Ten college basketball showdown at the Crisler Center. When these two teams faced off in March of 2021 it was Ohio State that won 68-67.

Ohio State comes into this game with a 14-6 record and they have gone 10-10 against the spread. Ohio State's last game against Rutgers was a disappointing one. The Buckeyes were leading late in the game, but gave it up late and were beat by two points. Ohio State is averaging 75 points while their defense is giving up 67.8 points per game. E.J. Liddell has been the top player for Ohio State averaging 19.7 points while shooting 51.9 percent from the field and 40.5 percent from behind the three point line. In this game. Ohio State is going to need their defense to be good, and on the road they can’t fall behind early.

On the other side of this matchup is the Michigan Wolverines who sit with a 13-9 record overall and they are coming off their most impressive win of the season. The Wolverines offense was elite putting up 82 points, and that led to the blowout victory over Purdue. Two games ago against Penn State the defense only gave up 57 points and that led to the one point victory. Michigan is averaging 72.8 points while their defense is giving up 67.8 points per game. Center Hunter Dickinson has been the best player for Michigan averaging 18.3 points while shooting 57.7 percent from the field and 41 percent from behind the three point line.

Michigan looked quite impressive in the last game, but this is a stepback spot for them. Ohio State actually has the better offense, and they are going to find success against this Michigan defense. Ohio State isn’t going to struggle late in the game, and the Buckeyes will come away with a cover of the spread.