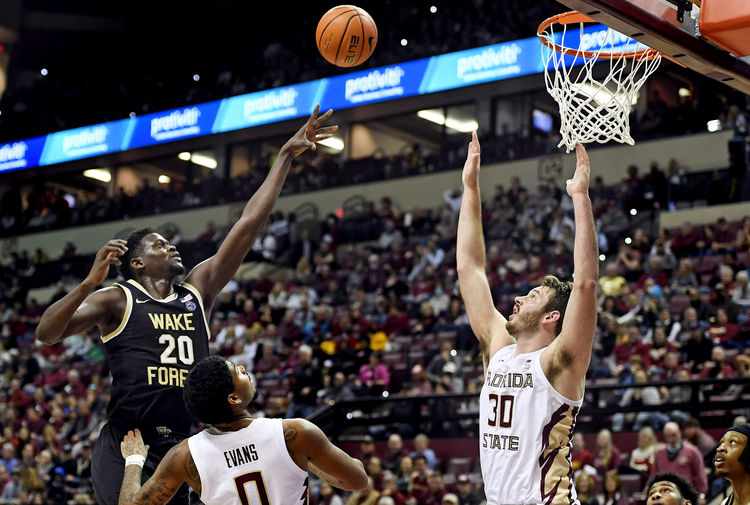 Where to Watch: Bally Sports Stream College Basketball all season on ESPN+. Sign up now!

The Miami Hurricanes and Wake Forest Demon Deacons face off on Saturday in  an ACC college basketball showdown at LJVM Coliseum. When these two teams faced off on January 1st it was Miami that won 92-84.

Miami comes into this game with a 17-7 record overall and they have gone 12-12 against the spread. In the last game against Georgia Tech the offense had another strong game putting up 79 points on the way to the victory. Miami is averaging 74.8 points while their defense is giving up 71.2 points per game. Kameron McGusty has been the top player for Miami averaging 17.6 points while shooting 46.7 percent from the field and 34.3 percent from behind the three point line.

On the other side of this matchup is the Wake Forest Demon Deacons who sit with a 20-5 record and they have gone 16-9 against the spread. In the last game against NC State the defense gave up only 51 points, and that led to the easy victory. Wake Forest is averaging 78.9 points while their defense is giving up 68.2 points per game. Wake Forest wants to keep the pace fast, but they need the defense to be better. Alondes Williams has been the top player for Wake Forest averaging 19.6 points while shooting 52.9 percent from the field and 32.3 percent from behind the three point line.

When these two teams faced off in January there was no defense played and I think that is going to be the case again in this game. Both teams are going to go well over 80 points. There isn’t a good play on the side, but the over is going to cash.