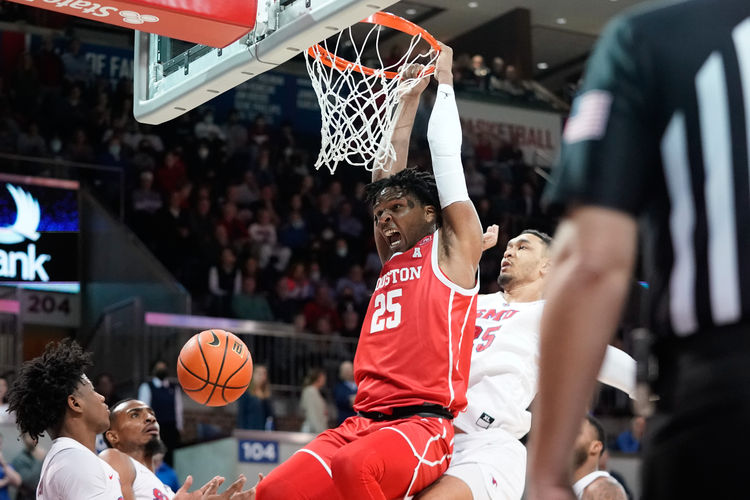 The Memphis Tigers and Houston Cougars face off on Saturday in an AAC college basketball showdown at Hofheinz Pavillion. When these two teams faced off in March of 2021 it was Houston that won 76-74.

Memphis currently sits with a 13-8 record and they have gone 8-12-1 against the spread. The Tigers have been a disappointment this season, but they might finally be turning the corner having won four games in a row. In the last game against Tulane the offense scored 80 points and that led to the 11 point victory. Memphis is averaging 77 points while their defense is giving up 69.8 points per game. Center Jalen Duren has been the top player for Memphis averaging 11.1 points while shooting 63.4 percent from the field.

On the other side of this matchup is the Houston Tigers who sit with a 20-3 record and they have gone 14-9 against the spread. Houston has a bad taste in their mouth after losing to SMU in the last game. The defense really struggled giving up 85 points and that led to the two point defeat. Houston is averaging 77.2 points while their defense is giving up 57.8 points per game. The 57.8 points given up is sixth best in college basketball. Kyler Edwards has been the top player for Houston averaging 14 points while shooting 43.7 percent from the field and 43.7 percent from behind the three point line.

Houston’s defense wasn’t good in the last game against SMU, but I just don’t trust this Memphis team, especially with the offense. I expect Memphis is going to struggle to score against Houston, and that is going to be the difference as the Cougars get the job done. Back Houston to cover the spread.