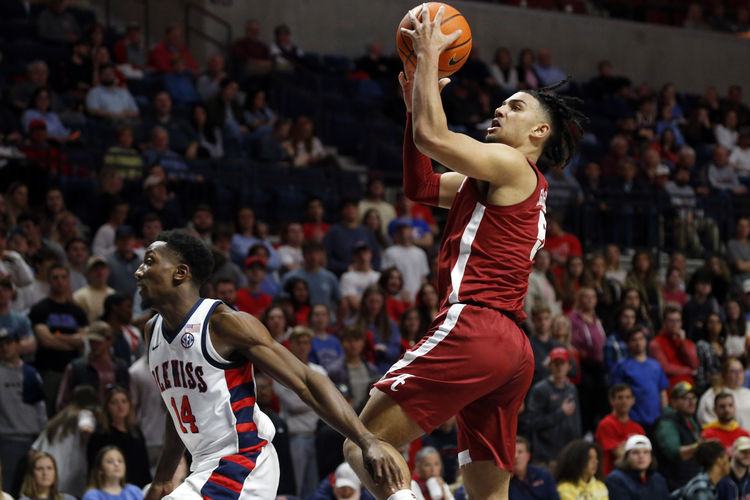 The Arkansas Razorbacks will travel to play the Alabama Crimson Tide in a SEC game on Saturday afternoon.

Alabama has been a weird team to read this season because they are so inconsistent. For example, Alabama went from to Georgia to beating Baylor in a span of four days in late January. Arkansas is one of the hottest teams in the country, winning nine straight games. Alabama has been giving up a lot of points on defense and Arkansas has a fast paced offense. I like the Razorbacks here.