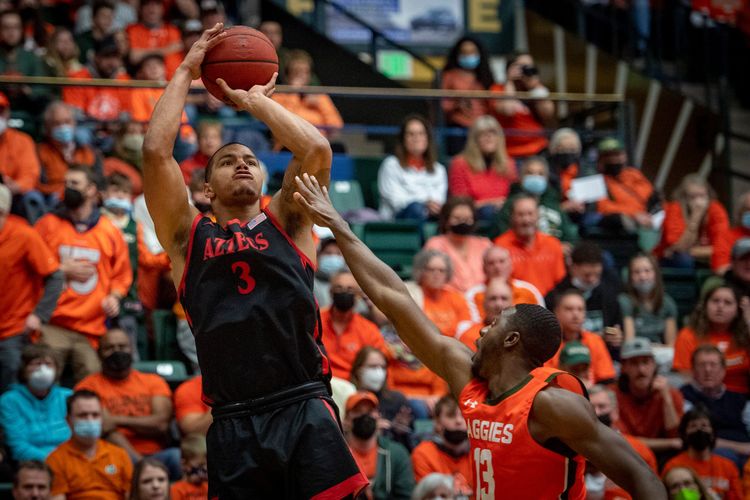 The Air Force Falcons and San Diego State Aztecs face off on Saturday in a college basketball showdown at Viejas Arena. When these two teams faced off in January of 2021 it was San Diego State that won 91-56.

Air Force comes into this game with a 10-12 record and they have gone 13-9 against the spread. In the last game against UNLV, Air Force’s offense only scored 44 points, and that led to the blowout loss. Air Force comes into this game averaging 59.2 points while their defense is giving up 64 points per game. This is an offense that hasn’t been great, so to have chances in games they need to keep the pace slow and the defense needs to be good. A.J. Walker has been the top player for Air Force averaging 14.9 points while shooting 47.7 percent from the field and 37.8 percent from behind the three point line.

On the other side of this matchup is the San Diego State Aztecs who come into this game with a 14-6 record overall and they have gone 10-10 against the spread. In the last game against San Jose State, the defense was strong giving up only 62 points and that led to the 10 point victory. The Aztecs are averaging 64.7 points while their defense is giving up 57.5 points per game. San Diego State is led by Matt Bradley who is averaging 17.6 points while shooting 45.4 percent from the field and 40 percent from behind the three point line.

Air Force is a terrible offensive team and now they have to try to score against a San Diego State team that has an elite defense. It wouldn’t shock me if Air Force has issues getting to 40 points. Look for San Diego State to continue their offensive success, and the Aztecs will cover the spread.