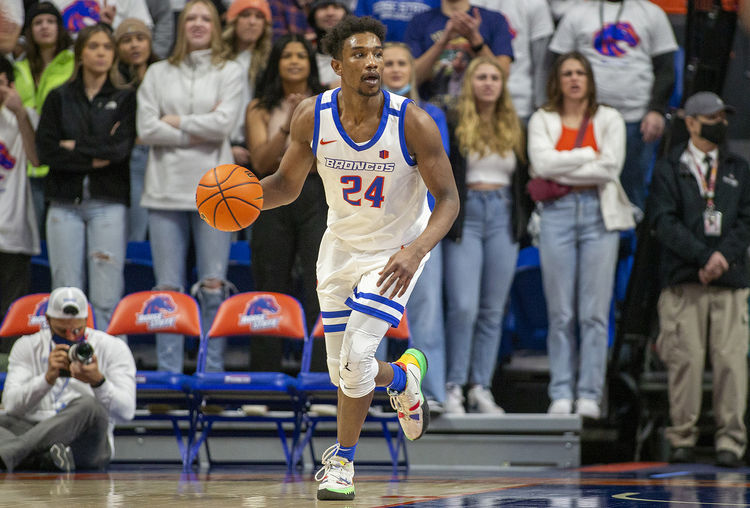 The UNLV Runnin Rebels and Boise State Broncos face off on Friday in a college basketball showdown at the ExtraMile Arena. When these two teams faced off in February of 2021 it was Boise State that won 61-59.

UNLV comes into this game with a 14-10 record overall and they have gone 9-14 against the spread. In the last game against Air Force, UNLV was quite impressive giving up only 44 points and that led to the blowout victory. UNLV is averaging 71.5 points while their defense is giving up 66.3 points per game. Guard Bryce Hamilton has been the top player for UNLV averaging 21.4 points while shooting 44.6 percent from the field and 37.3 percent from behind the three point line.

On the other side of this matchup is the Boise State Broncos who sit with an 18-5 record and they have gone 12-10 against the spread. In the last game against San Jose State, Boise State’s defense was elite giving up only 76 points and that led to the 16 point victory. Boise State is averaging 68 points while their defense is giving up 59 points per game. The 59 points given up a game is eighth best in college basketball. Abu Kigab has been the top player for Boise State averaging 14 points while shooting 47.8 percent from the field and 21.3 percent from behind the three point line. There are four different players that are averaging at least 11 points per game.

UNLV is going to struggle to score against Boise State, and that is going to be the difference as the Broncos are going to get the job done. Look for UNLV to finish right around 50 points and the Broncos will cover the spread.