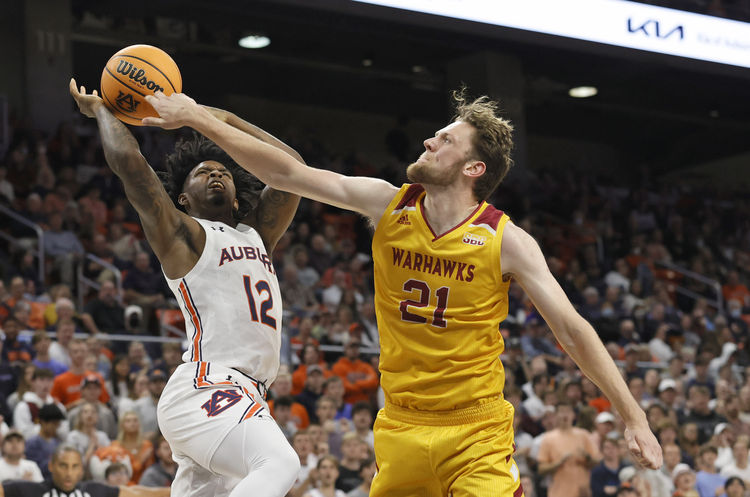 The Texas Arlington Mavericks and Louisiana-Monroe Warhawks faceoff on Thursday n a college basketball showdown at Fant-Ewing Coliseum. When these two teams faced off on January 15th it was Louisiana-Monroe that won 62-55.

Nika Metskhvarishvili was the best player for the Warhawks scoring 23 points and four rebounds. Patrick Mwamba was the top player for UT Arlington finishing with 20 points and five rebounds.

Texas-Arlington comes into this game with a 9-13 record and they have gone 10-10 against the spread. Coming into this game the Mavericks have lost two games in a row, including the last game against Appalachian State. The offense could only manage 61 points in that game, and that led to the nine point defeat. The Mavericks are averaging 67.9 points while their defense is giving up 69.4 points per game. David Azore has been the top player for the Mavericks averaging 19.2 points while shooting 41.2 percent from the field and 26.9 percent from behind the three point line.

On the other side of this matchup is Louisiana-Monroe who sits with a 12-12 record and they have gone 8-12-1 against the spread. In the last game against LIttle Rock, it was a close game, but the Warhawks were able to win by three points. Louisiana-Monroe is averaging 72.7 points while their defense is giving up 73.7 points per game. Andre Jones has been the top player for Louisiana-Monroe averaging 14.5 while shooting 47.8 percent from the field and 28.6 percent from behind the three point line.

The Mavericks haven’t been a great offensive team all season and that is going to let Texas-Arlington stay in this game. Look for Louisiana-Monroe to get close to 75 points and that will be the difference as they cruise to the victory. Back Louisiana-Monroe against the spread.