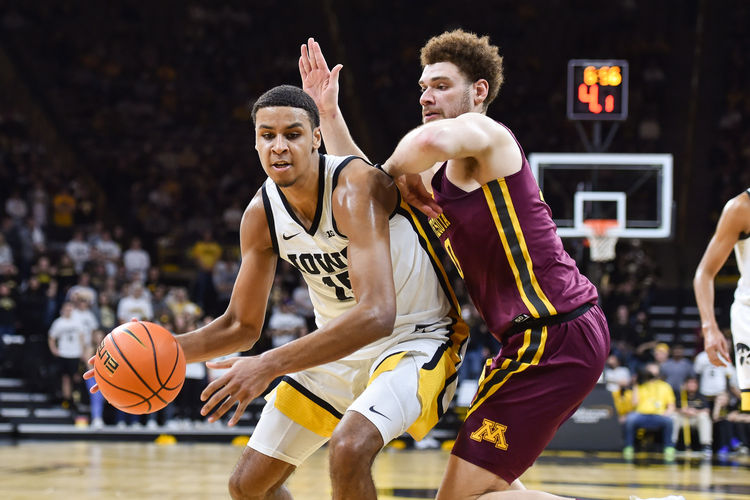 Iowa is coming off a 71-59 win over Minnesota in its last game at home on February 6th. Iowa has lost two of its last three games as its win over Minnesota snapped a two-game losing streak for the Hawkeyes. Iowa is 15-7 overall this season with a 5-6 record in conference play. Iowa is currently 9th in the Big Ten standings and owns a 12-10-0 against the spread record as well. Iowa's leading scorer so far this season has been F Keegan Murray, who has scored 22.4 points per game and has earned 8.6 rebounds per game as well. Iowa as a team has scored 82.2 points per game and has shot the ball at a 45.4% clip from the field. Iowa has also allowed 70.5 points per game to its opponents as well.

Maryland is coming off an 82-67 loss to Ohio State in its last game on the road on February 6th. Maryland has now lost three straight games and is six games under .500 in conference play. Maryland had big expectations going into the season with some big-name transfers coming into the program, but the Terrapins have had a very disappointing season in 2021-22. Maryland is a game under .500 overall this season at 11-12 and has been a bad cover team at 9-14-0 against the spread. Maryland's leading scorer so far this season has been G Eric Ayala, who has scored 15.4 points per game. F Donta Scott leads the team in rebounds per game (6.3) and G Fatts Russell leads the team in assists per game (3.7). Maryland as a team has scored 69.7 points per game and has shot the ball at a 42.4% clip from the field. Maryland has also allowed 69.4 points per game to its opponents as well.

Iowa is a 4-point favorite and the total is set at 148. Maryland's season will not end in an NCAA berth but this team can still look to play spoiler in spots similar to this one. At home, I think Maryland competes here and at least keeps this game close. Iowa is not been in the best form as of late and I would rather have the points with the home team.