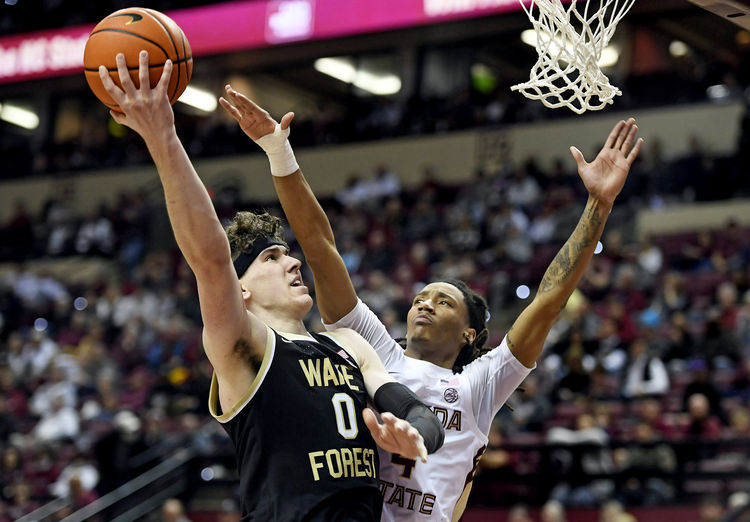 The Wake Forest Demon Deacons and NC State Wolfpack face off on Wednesday in a college basketball showdown at PNC Arena. When these two teams faced off in February of 2021 it was NC State that won 80-62.

Wake Forest comes into this game with a 19-5 record overall and they have gone 15-9 against the spread. Wake Forest has won two games in a row, including the last game against Florida State. The defense was strong in that game, giving up only 60 points and that led to the victory. The Demon Deacons are averaging 79.3 points while their defense is giving up 69 points per game. Alondes Williams has been the top player for Wake Forest averaging 19.8 points while shooting 52.4 percent from the field and 31.6 percent from behind the three point line.

On the other side of this matchup is the NC State Wolfpack who sit with a 10-14 record and they have gone 6-18 against the spread. In the last game against Notre Dame, NC State only scored 57 points and led to the 12 point defeat. NC State is averaging 74.5 points while their defense is giving up 75.2 points per game. Dereon Seabron has been the top player for NC State averaging 18 points while shooting 51.4 percent from the field and 25 percent from behind the three point line. There are three different players averaging at least 13.8 points per game.

Wake Forest is the better team and I was most impressed in the last game with the way their defense played against Florida State. I expect Wake Forest is going to run up the score, and NC State’s offense is going to have no answer. Back Wake Forest to come away with the cover of the spread.