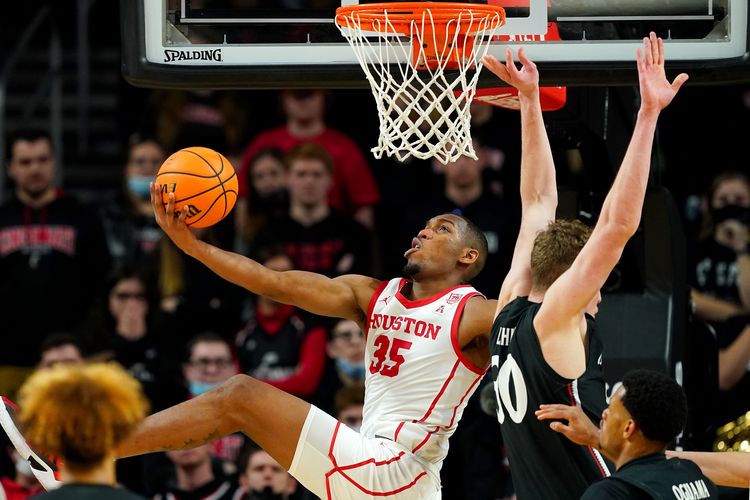 The Houston Cougars and SMU Mustangs face off on Wednesday in a college basketball showdown at SMU Moody Coliseum. When these two teams faced off in January of 2021 it was Houston that won 70-48.

Houston comes into this game with a 20-2 record and they have gone 14-8 against the spread. The Cougars have played an easier schedule, but they have been impressive with what they have worked with. In the last game against Cincinnati the defense gave up only 58 points and that led to the 22 point victory. Houston is averaging 76.9 points while their defense is giving up 56.6 points per game. The Cougars defense is ranked 4th best in college basketball, and they are going to need to lock down on that side of the ball in this one. Guard Kyler Edwards has been the top player averaging 13.9 points while shooting 43.7 percent from the field.

On the other side of this matchup is the SMU Mustangs who sit with a 16-5 record and they have gone 10-11 against the spread. Even though they have had a good season, they are coming off a terrible loss. The offense could only manage 57 points against Wichita State while the defense gave up 72 points. SMU is averaging 75.1 points while their defense is giving up 67.1 points per game. Kendric Davis has been the best player for SMU averaging 19.5 points while shooting 44.8 percent from the field and 38.3 percent from behind the three point line.

SMU really struggled to score in the last game against Wichita State, and their job is going to get harder against Houston. Look for the Cougars to hold SMU to right around 50 points, and that is going to be the difference. Back Houston to come away with the cover of the spread.