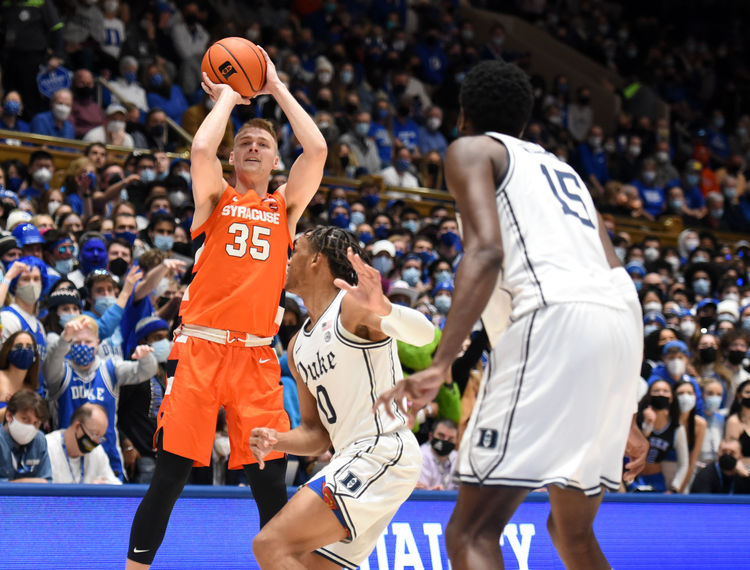 The Syracuse Orange and Boston College Eagles face off on Tuesday in an ACC college basketball showdown at Conte Forum. When these two teams faced off in February of 2021 it was Syracuse that won 75-67.

Syracuse comes into this game with a 12-11 record and they have gone 12-11 against the spread. The Orange have won three games in a row and in the last game against Louisville the offense was elite scoring 92 points. Syracuse is averaging 78.4 points while their defense is giving up 75.2 points per game. Buddy Boeheim has been the top player for Syracuse averaging 19.3 points while shooting 40.8 percent from the field and 35.2 percent from behind the three point line. There are five different players that are averaging at least 12 points per game. This is a team that has a strong offense, but when the offense struggles they seem to really struggle, because the defense has struggles slowing down anyone.

On the other side of this matchup is the Boston College Eagles who sit with a 9-12 record and they have gone 10-11 against the spread. In the last game against Virginia, the offense really struggled scoring only 55 points, and that led to the 12 point defeat. The Eagles are averaging 65.1 points while their defense is giving up 66 points per game. Makai Ashton-Langford has been the top player for Boston College averaging 12.7 points while shooting 41.5 percent from the field and 32.1 percent from behind the three point line.

The Orange have been a bit inconsistent this season, but it seems they are finally hitting a stride. Syracuse is going to score at least 75 points, and that is going to be the difference as Boston College isn’t going to be able to keep up. Back Syracuse to cover the spread. In terms of the total it’s a lean to the under.