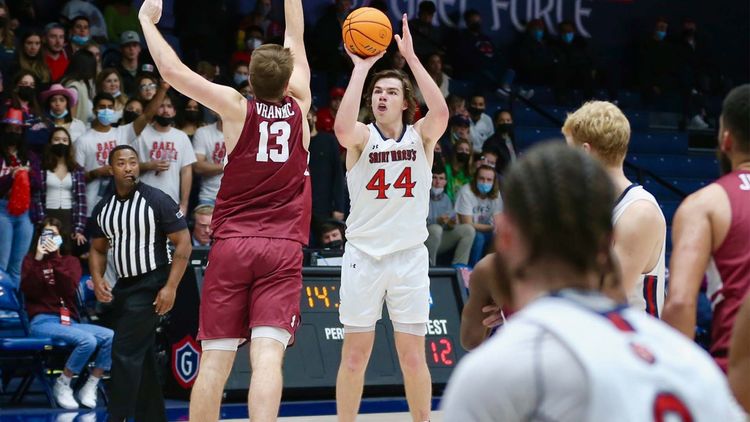 The Saint Mary’s Gaels will visit the Santa Clara Broncos in this college basketball matchup scheduled for Tuesday Night.

The Saint Mary’s Gaels are coming off of a 11 point win against LMU in their last time out. Alex Ducas tied his career high with a season-high 25 points as Saint Mary's extended its win streak to seven games. Logan Johnson had 14 points for Saint Mary's. Matthias Tass added 14 points. Kyle Bowen had 12 points and eight rebounds in the win.

The Saint Mary’s Gaels are led in scoring by Matthias Tass who averages 13.2 points and 6.4 rebounds for this team. Alex Ducas averages 11.1 points and 3.7 rebounds a night. Logan Johnson is the third leading scorer for the Gaels as he averages 10.7 points a game for this team.

The Santa Clara Broncos are coming off of a 13 point win against San Diego in their last time out. Jalen Williams scored 19 points and Josip Vrankic scored 18 points. PJ Pipes scored 11 points and Parker Braun blocked three shots for Santa Clara in the win.

The Gaels are 6-0 ATS in their last 6 games following a ATS loss and are 4-0 ATS in their last 4 road games vs. a team with a home winning % of greater than .600. Although the Broncos are 5-1 ATS in their last 6 home games vs. a team with a road winning % of greater than .600. The Gaels have established themselves as one of the top teams in the conference while Santa Clara is looking to buy in. This spread is short for a Saint Mary’s team that is more disciplined at the defensive end. That should go far in what should be a close game. I’ll lay the points with the Gaels.