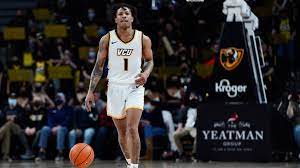 The VCU Rams will play host to the Rhode Island Rams in this college basketball matchup scheduled for Tuesday Night in this battle of the Rams.

The VCU Rams are coming off a 9 point win against Duquesne in their last time out. Hason Ward had 13 points and 10 rebounds to lead VCU. Adrian Baldwin Jr. had 13 points and seven assists for VCU. KeShawn Curry added 12 points. Marcus Tsohonis had 11 points in the win.

The Rhode Island Rams are coming off of a 11 point loss against UMass in their last time out. Ishmael Leggett scored a career-high 21 points for the Rams, who have now lost five games in a row. Makhi Mitchell had 13 points, 13 rebounds, six assists and four blocks. Antwan Walker added 13 points in the loss.