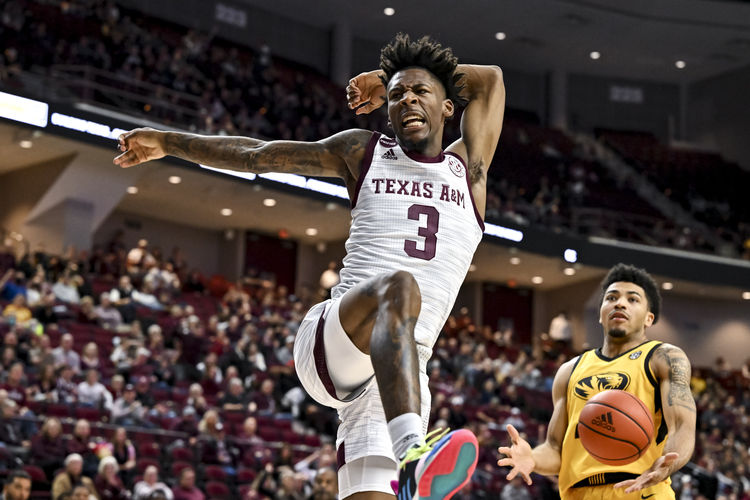 The LSU Tigers and Texas A&M Aggies face off on Tuesday in a college basketball showdown at Reed Arena. When these two teams faced off on January 26th it was LSU that came away with the 70-64.

Eric Gaines was the top player for LSU finishing with 16 points and six rebounds. Texas A&M was led by Andre Gordon who finished with 18 points and four rebounds.

LSU comes into this game with a 16-7 record and they have gone 14-9 against the spread. In the last game against Vanderbilt, LSU had an embarrassing game only putting up 66 points and losing by nine points. LSU is averaging 72.6 points while their defense is giving up 60.7 points per game. This is an LSU team that seems to be in a free fall and their defense has been a big issue during the three game losing streak. Tari Eason has been the best player for LSU averaging 15.9 points while shooting 52.3 percent from the field.

On the other side of this matchup is Texas A&M who sits with a 15-8 record and they have gone 12-10 against the spread. In the last game, Texas A&M looked awful in the last game against Missouri losing 70-66. Texas A&M is averaging 73.7 points while their defense is giving up 65.8 points per game. Quenton Jackson has been the top player for Texas A&M averaging 13.1 points while shooting 46.3 percent from the field. If the defense is good, Texas A&M will have a good shot to come away with a victory.

LSU has been awful as of late and although Texas A&M has had some issues, I trust them more. LSU’s offense is going to struggle against the Aggies defense and that will be the difference in this game. Texas A&M is going to get to around 70 points and the Aggies will cover the spread.