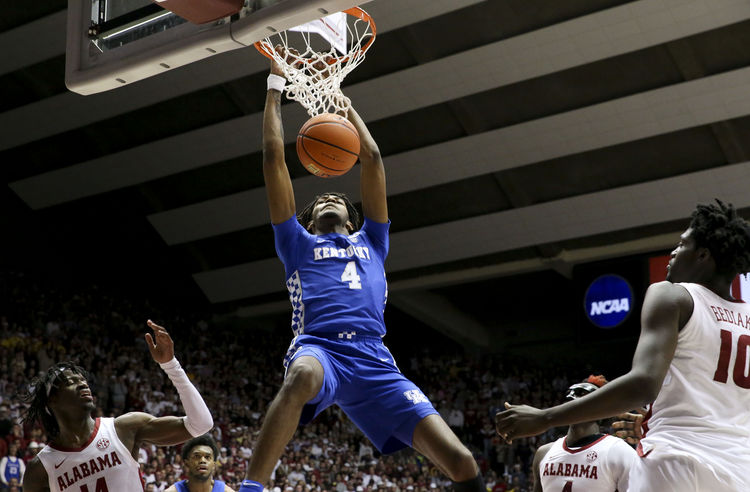 The Kentucky Wildcats and South Carolina Gamecocks face off on Tuesday in a college basketball showdown at Colonial Life Arena. When these two teams faced off in March of 2021 it was Kentucky that won 92-64.

Kentucky comes into this game with a 19-4 record overall and they have gone 11-12 against the spread. In the last game against Alabama, the Kentucky defense was lights out, giving up only 55 points and that led to the 11 point victory. Kentucky is averaging 81.2 points while their defense is giving up 64 points per game. Oscar Tshiebwe has been the top player for Kentucky all season averaging 15.8 points while shooting 59.4 percent from the field. TyTy Washington has also been dynamic averaging 15.8 points. In this game if Kentucky’s defense can be good they will be in good shape to get the job done.

On the other side of this matchup is the South Carolina Gamecocks who sit with a 13-9 record overall and they have gone 10-11 against the spread. In the last game against Tennessee, the offense could only score 57 points and that led to the defeat. South Carolina is averaging 70.8 points while their defense is giving up 68.4 points per game. Erik Steveson has been the top player for South Carolina averaging 11.3 points while shooting 35.9 percent from the field and 31.5 percent from behind the three point line.

Kentucky’s defense was strong in the last game and they are going to lock down again in this game. Look for South Carolina’s lack of scoring to be the difference as Kentucky wins this game in blowout fashion. Back Kentucky against the spread. In terms of the total, I do think South Carolina's offense is going to lead to this game staying under.